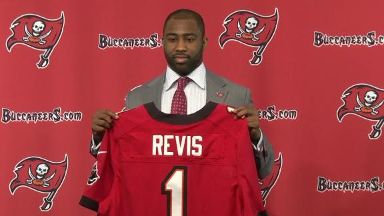 The New York Jets have traded arguably the best cornerback in football Darrelle Revis to the NFC South Tampa Bay Buccaneers for the 13th overall pick in Thursday night’s draft and a conditional selection next year.

The Buccaneers announced the deal on Sunday, saying Revis agreed to a new six-year contract. The deal is worth $96 million, making Revis the highest-paid defensive back in NFL history!

This boy is def eating with a deal like that! He needs to shoot his own version of “Must Be The Money” like Deion!

Previous « NOLA LIVE /// Merchant at Downtown New Orleans
Next Sports Talk: All They Need Is One! »