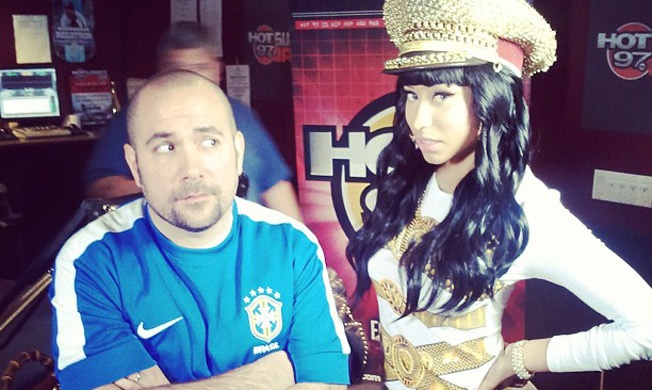 ifLast if you can recall, during last year’s Hot 97 Summer Jam Peter Rosenberg made a negative comment on stage about Nicki Minaj’s hit record, ‘Starships’ just moments before she was supposed to perform. As a result, Nicki refused to go on stage and left the show.

Just a reminder if what happened on twitter right after the incident.

Tuesday, the two had a very adult discussion about the incident and we were able to hear both sides clearly. According to Peter Rosenberg, he made a negative comment about Nicki’s record which had nothing to do with her as a person. Nicki expressed that she was insulted more so because it was a white DJ on a black station bringing down black artists and she had no idea who he was, what his resume was like or anything about his character. Nicki also expressed that she’s successfully proven herself in many different areas in entertainment and now she’s getting back to her roots and feeding her core fan base of Hip Hop.

Check out the conversation here: