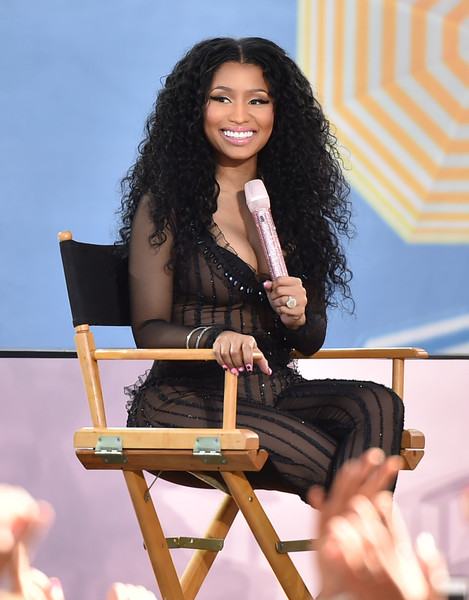 Nicki chatted up host Lara Spencer about all the Twitter drama between her and Taylor Swift, and Nicki reiterated what she said the first time. It’s time for media and the powers that be to glorify more than one type of body when it comes to female artists. She feels awarding skinny blondes for doing the same things curvacious girls of color do, while the latter do not get certain awards…is problematic.

After Taylor took the PSA personally and Twitter unraveled, the girls have phoned each other and made up. Nicki said:

“We spoke for a long time. We were cracking up laughing on the phone. It’s over you guys.”