Nicki Minaj Calls Out Miley Cyrus During the VMAs (video) 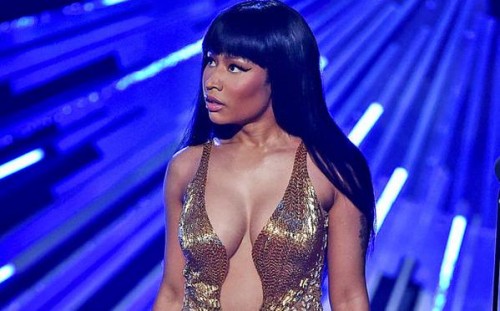 When the nominations for the VMAs were release, Nicki Minaj was not pleased for being snubbed for the ‘Video Of The Year’ category. Nicki Minaj took to her Twitter her rant where she says MTV does not celebrate women of color or different body types, which can be read here.
https://twitter.com/NICKIMINAJ/status/623608271774072832

If you do things with an open heart and you come at things with love, you would be heard and I would respect your statement. But I don’t respect your statement because of the anger that came with it,” Cyrus said. “And it’s not anger like, ‘Guys, I’m frustrated about some things that are a bigger issue.’ You made it about you. Not to sound like a bitch, but that’s like, ‘Eh, I didn’t get my VMA.’