Nicki Minaj On The Set of “The Other Woman” 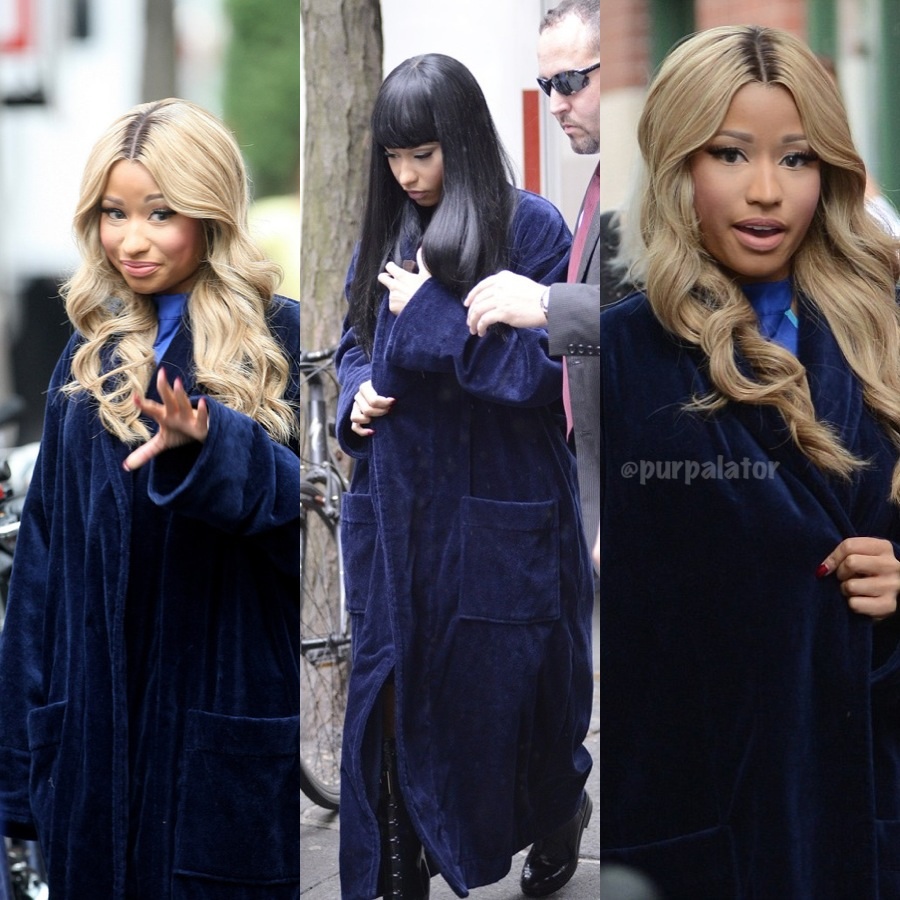 The Head Barb in charge may be done with judging on American, but sheiks suiting up for a role in a new movie.

This week, Nicki Minaj started filming her new movie, “The Other Woman” with Cameron Diaz. The movie is about a woman (Cameron) who finds out that she’s “the other woman” in her relationship with her boyfriend, so she hits up the the guys wife for murderous revenge.  Model Kate Upton is in the movie as one of the mistresses, and Nicki will be playing Cameron’s sassy assistant who works at the law firm with her. Sounds interesting enough.

Last month before filming began, Nicki alluded to the movie project, while declaring acting  as her “first love.”

“I may be working on something right now. I can’t really say too much about it, but I definitely have the acting bug. That was my first love, so you just never know.”

Looks like her character likes to switch up her wigs Judy like Nicki.
Previous « What The What:::Chief Keef and Katy Perry Beefing It Up On Twitter?
Next Style Tuition By Raquel /// The Great Gatsby Edition »