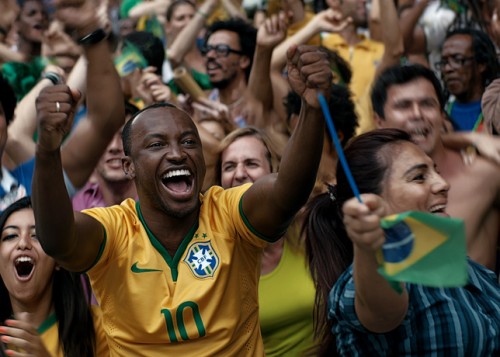 Shortly after the release of their “Play Russian” clip that highlighted outdoor sports in Moscow and the countries best athletes, Nike heads to Brazil and the soccer field to showcase a stunning video surrounding one of the worlds best football teams. A country known for turning football into an art form, Nike celebrates the Brasilian style of play with the launch of ‘Dare to be Brasilian’. The heart of the campaign is a short film featuring Neymar, Thiago Silva, David Luiz, Paulinho, Bernard, and members of the coaching staff, including Luiz Felipe Scolari (Felipão), which highlights the players’ unique styles and attitudes on the pitch.

The short clip which spans just over a minute, follows the Brasilian national team as they surpass obstacles on the field, in the streets, on the sands of the beach and everywhere in between. Strong special effects and animation also find placement in the clip in which Nike pairs with longtime partner and creative firms Wieden + Kennedy. Check it out below as the Brasil National Team jersey is available now for pre-sale at nike.com and in store starting Dec. 5.