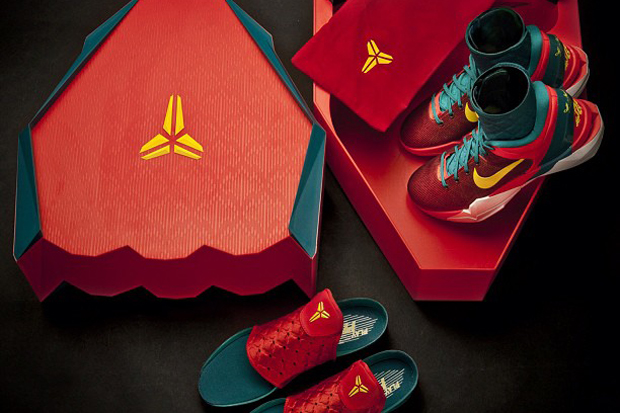 After taking a broad glimpse at the 2012 Nike Year of the Dragon releases, the Beaverton camp unveils a comprehensive look into its latest Kobe VII System Supreme thematic release. Boasting an expected majority red upper, the pair features hints of vibrant yellow across the Swoosh that culminate across the heel. Most notable about the release is the inclusion of a custom-crafted, slide-out shoebox and a themed dust bag. Following suit with the Air Force 1 debut, the release of the Kobe VII System Supreme pair aligns it as the second installment in the four-part series