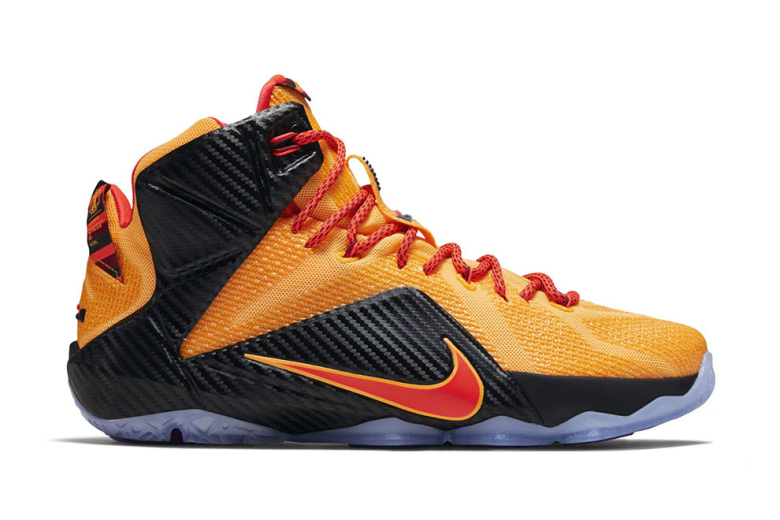 As we near opening tip for this year’s NBA Finals between the Cleveland Cavaliers and the Golden State Warriors, Nike has bestowed its superstar athlete, LeBron James with a special Nike LeBron 12 sneakers dubbed ”Cleveland.” The Cavaliers’ jersey colorway has been translated onto the flashy iteration of James’ latest player model, which features a vibrant orange, one-piece body. A black, premium carbon fiber Positve overlay tones down the eye-catching on-court kicks, further embellished by red accents and an icy blue, translucent outsole. Look out for LBJ to lace up in this particular colorway, as he leads his Cleveland ball club in hopes of bringing the Larry O’Brien trophy back to the city.