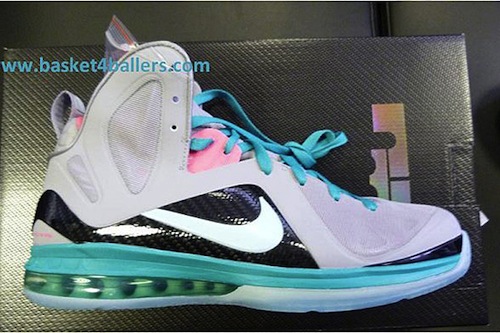 The Nike LeBron 8 “Pre-Heats” were one of the most popular non-retro shoes in recent memory. It’s lively “South Beach” inspired colorway was something unlike anything we’d seen until its arrival. Now, a slew of sneakers both official and custom, mimic the now classic colorway in efforts to garner a similar buzz to the original. None have been able to replicate the craziness of the “Pre Heats” release, but its only right that if any shoe did, it’d be in the LeBron family – say hello to the LeBron 9 Elite “South Beach”.

The infamous colorway gets revised on the latest LeBron canvas with “Elite” upgrades. The wolf grey base is set off by Mint Candy, New Green and pink flash accents throughout. This variation is noticeable different from the “Pre-Heats”, however the LeBron Elite is known to offer both home and away colorways so we could see another version very soon. No release date is set but they are said to be priced at $250 USD hitting retailers sometime this Summer. Peep the looks after the jump. 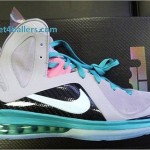 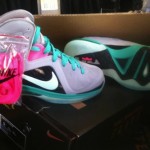 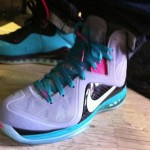