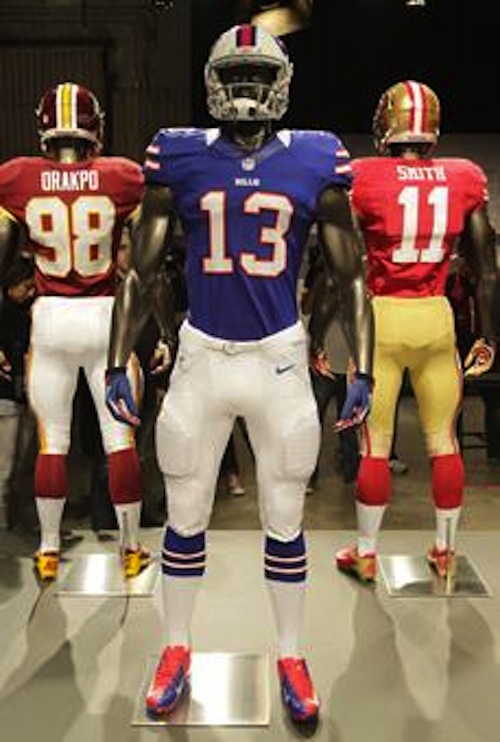 In NYC Nike unveiled the latest uniforms for the world’s most popular sports league, the NFL. The Brooklyn Navy Yard played host to today’s festivities which saw Nike present a more refined, lighter uniform that is technologically advanced in almost every way. According to Nike CEO Mark Parker, the new NFL jersey’s are 20%-30% lighter than the previous model which was made by the NFL’s former outfitter,Reebok. The jerseys also feature a four-way stretch material allowing them to hug the players upper body providing a sleeker look and aiding the player’s speed and functionality. Additionally, the four-way stretch helps players allude tacklers as now it’s not so easy to grab an opposing player by his jersey due to it’s form fit.

The majority of the 51 new unis see minimal changes in their visual appearance as the advancements are mainly noted in the tech. The Nike Flywire design is seen on the collar of some teams with two-tone coloring. Besides that, the Seattle Seahawks saw the biggest changes in their look with a more fiery hawk on the helmet, darker colors, and symbols along the pants which draw inspiration from the teams ”12th man” fan base.

A few of the NFL’s brightest starts attended the event in full uniform including, Michael Vick, Ren Roethlisberger, Victor Cruz, Wes Welker and Ray Rice. The new uniforms will go on sale starting April 26th during NFL Draft weekend. Check out a few of the looks after the break. 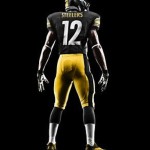 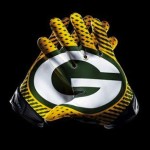 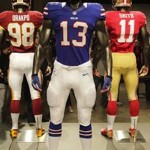 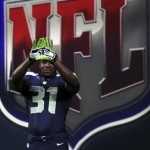 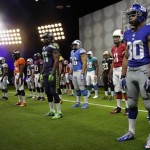 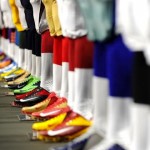