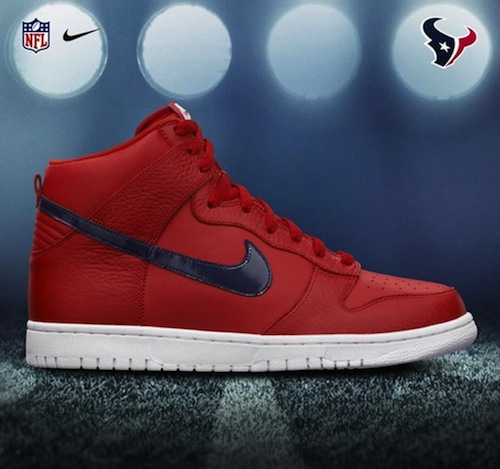 I need two pair, give me two pair of the new Nike Dunks.  Since Nike has taken the reigns of being the official supplier of NFL apparel, we’ve seen an impressive array of gear including gloves, hoodies, uniforms, and shoes like the new NFL AFC South hi-top and lo-top Nike Dunks.

The Houston and Indianapolis teams both got the hi-top treatment with the Texans getting a Battle Red hi-top with a Deep Steel Blue swoosh and white midsole.  The Colts’ shoe offering comes in the teams’ trademark Stampede Blue and features a white midsole.

Lo-top options go to The Jacksonville Jaguars who get a Dunk in Teal, Black, Gold, and White with teal outsole, while the Tennessee Titans’ get their Dunk in the Nike sun with a Titan Blue, Navy & Red with a Navy outsole.  Take a look at the 4 new sneakers below and stay posted for more NFL & Nike mashups as the relationship continues. 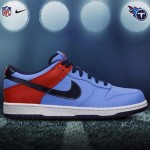 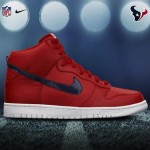 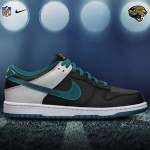 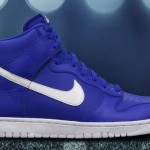