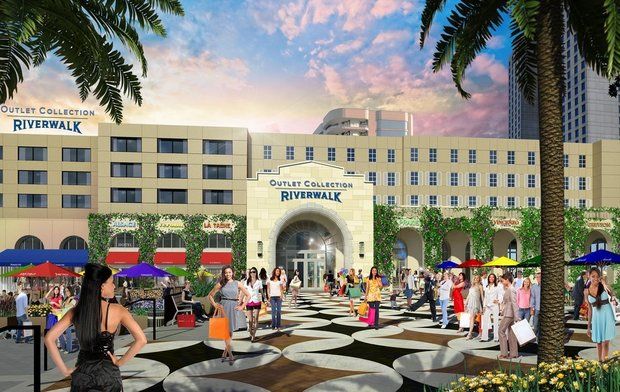 The Howard Hughes Corp. announced last year it would undertake a $70 million renovation of the aging mall and turn it into a luxury outlet center. But there was no word of which retailers had signed leases.

On Monday, the corporation said The Outlet Collection at Riverwalk is 94 percent committed with leases. The shopping center is scheduled to open in late spring or early summer of next year.

The renovation plans will expand the mall’s footprint by 50,000 square feet to a total of 250,000 square feet of space. Developers hope to attract local shoppers along with the usual mix of tourists and cruise ship passengers.

“This will be the first Neiman Marcus store in Louisiana and our first venture with Howard Hughes,” said Wayne Hussey, senior vice president of store development for the Neiman Marcus Group, in a news release. “We already have a strong customer base in Louisiana and are pleased to become part of the continued resurgence in the great city of New Orleans.”

Howard Hughes said it will be the first outlet mall in a downtown, urban setting — contrasting the typical sprawling outlet malls in suburban areas.

“These exceptional retailers will create an unmatched shopping experience at The Outlet Collection at Riverwalk,” said Mark Bulmash, senior vice president of development for The Howard Hughes Corporation. “Our team has been working side-by-side with the City of New Orleans to ensure that we exceed the expectations of local shoppers while continuing to drive tourists and revenue to the downtown area.”

Howard Hughes, based in Dallas, manages and developers commercial, residential mixed-use real estate across the U.S.

“We are in the midst of a retail boom in New Orleans, and the redevelopment of the Riverwalk is a welcome addition,” Mayor Mitch Landrieu said in a news release. “We’re seeing a lot of projects come to fruition that will ultimately make the city a better place to live and visit. This project will transform a site that’s been underused, bring much needed retail downtown and create new jobs and local tax dollars. These nationally recognized retailers will increase New Orleans’ attraction as a premier shopping destination.”

By Katherine Sayre, NOLA.com | The Times-Picayune