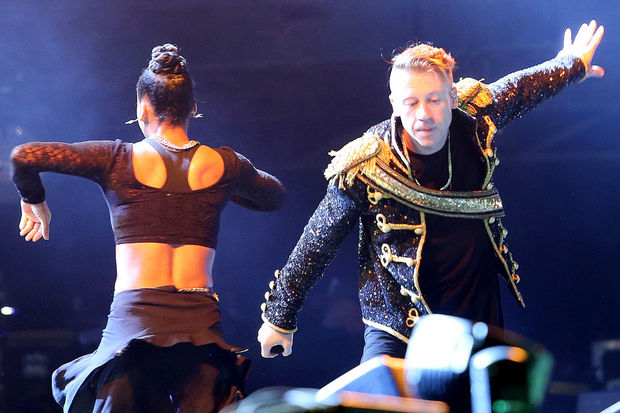 Even though there were more than a few familiar faces this year, Voodoo Fest 2013 had a sense of rebirth on its 15th year anniversary. The three-day festival, held for the first time on City Park’s new festival grounds, boasted national headliners, such as Paramore,Pearl Jam, Macklemore,Calvin Harris,Kid Rock,Nine Inch Nails and The Cure, as well as locals, such as Royal Teeth and Glen David Andrews.

Seattle rapper Macklemore was actually Mackle-less at the 2013 Voodoo Fest on Friday. In a main stage set that clocked in at just under an hour, he and his crew presented less than 10 songs in a show that never achieved any sort of coherence. He even started off with one of his biggest hits, “Thrift Shop” shockingly.

Earlier Saturday, flame-haired Hayley Williams led Paramore through winningly energetic paces that featured a wealth of songs from their 2013 self-titled album — “Now,” “Daydreaming,” “Last Hope” and “Still Into You” among them. For me this might have been the best performance of the weekend besides Calvin Harris’s mind blowing DJ set.

I loved every minute of my Voodoo Experience, however after seeing where it was last year on City Park grounds, I think it was a better space. SOme of the music seemed to spill into the other stages because of spacing.