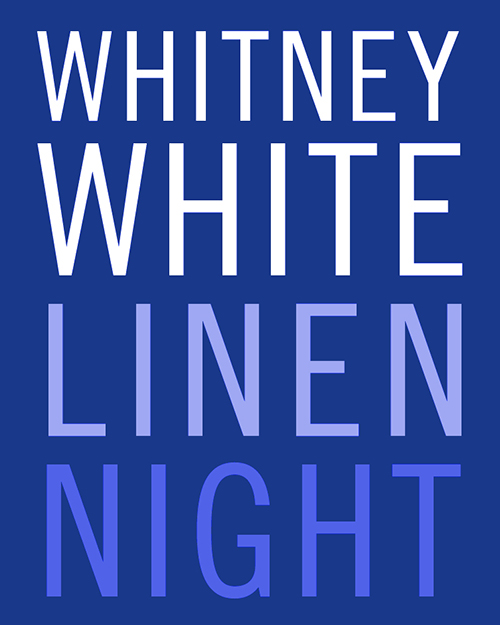 It has been called the “SoHo of the South” and every summer during the first Saturday evening in August, the Warehouse Arts District centering on Julia Street shows why it has earned that nickname.

For three hours on that first Saturday evening in August, five blocks of Julia Street are closed to vehicular traffic and a huge, festive, uniquely New Orleans-style block party known as Whitney White Linen Night kicks off. The event is free and open to the public.

During the hours of 6:00 to 9:00 p.m. the two dozen or so art galleries on or adjacent to Julia Street open their doors to art aficionados and casual strollers alike. Those who get into the spirit of the occasion wear white outfits and some even wear white hats, in keeping with an old New Orleans tradition.

Sponsored by Whitney Bank, Whitney White Linen Night will be held this year on Saturday, August 3. In the closed-off 300 to 700 blocks of Julia Street, stages are set up for live entertainment featuring some of New Orleans’ top bands. In addition, there are conveniently situated kiosks where food and beverages from some of New Orleans’ top restaurants and bars are sold. Complimentary hand-held fans given out by the galleries will help keep you cool on what is very likely to be a typically hot summer evening.

Click here for a list of the participating galleries in the Warehouse Arts District. Click on the individual galleries’ websites to see which artists and their works are being exhibited on White Linen Night and throughout the month of August.

Immediately following the three-hour block party, the nearby Contemporary Arts Center, hosts its annual White Linen Night party with live music, refreshments and more art work on display. There is an admission charge for the event, but it is a fun way to keep the evening going after the block party is over. The CAC party usually ends around midnight.

For more information about White Linen Night and the post-party call the Contemporary Arts Center at (504) 528-3805 or visit www.cacno.org/special-events/2013/whitney-white-linen-night/.

Centuries ago, when New Orleanians who ventured outdoors in the hot summertime had to get where they were going on foot, on horseback or in open carriages, they devised ways to lessen the effects of the summer heat. One of them was wearing white linen clothing. Men wore white suits and hats to reflect, rather than absorb, the sun’s rays, and women wore white dresses and hats for the same reason. This was done for many years until motorized vehicles with air conditioning systems became the primary means of getting around.

Following the 1984 World’s Fair, which was held adjacent to the city’s largely run-down Warehouse District, a massive urban renewal initiative began transforming abandoned and neglected warehouses into lofts, condominiums and – especially – art galleries. In the early 1990s, owners of the art galleries, centered primarily on or near Julia Street, brainstormed about ways to attract potential art buyers into the area. They came up with the idea of reviving the old summertime white linen tradition and the first White Linen Night was held in 1994. Its success took off from there and the event has grown steadily in popularity and attendance ever since.

Those who turn out for Whitney White Linen Night are encouraged – but not required – to wear as much white attire as they can, and get into the intended spirit of the event. For those who don’t have white outfits, any light-colored combination will do but, again, there is no required dress code for the event. The important thing is just to show up, have a good time and – ideally – purchase some of the fine artwork displayed on the walls and help support New Orleans’ talented artists and the galleries that exhibit them.