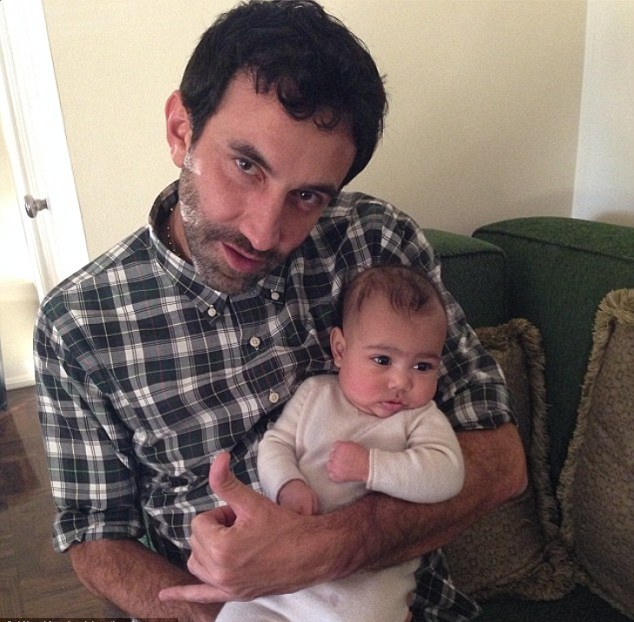 Kanye’s fiance, Kim Kardashian posted a few new pictures of baby North (Nori) on Instagram yesterday and they are as adorable as they can be. In the picture (above) Nori is being held by the creator of Givenchy, and the caption reads “New Stylist.”  Everybody ain’t able.

Are you serious?! It doesn’t get any cuter than this!

Meanwhile, KimYe are already looking to build a bigger home in Bel-Air, not far from the one they purchased  in January for $11 mill and had renovated. TUH. Again, everybody ain’t able.

Kim and Kanye checked out the 10-acre plot of land over the weekend — way in the back of Bel Air, not far from the $11 million house they bought in January — and sources tell us, they’re interested in purchasing it in order to build a newer, bigger house.

We’re told the couple likes the plot of land particularly because it’s more sequestered than the other place — which is still under construction — and now that they have a baby, privacy is more important than ever.

They’re not decided just yet — but we’re told if they choose to purchase the new property, they’ll sell the one they just bought.

According to sources, the plot of land alone is going for $10 million — and building on top of it will cost a fortune more.