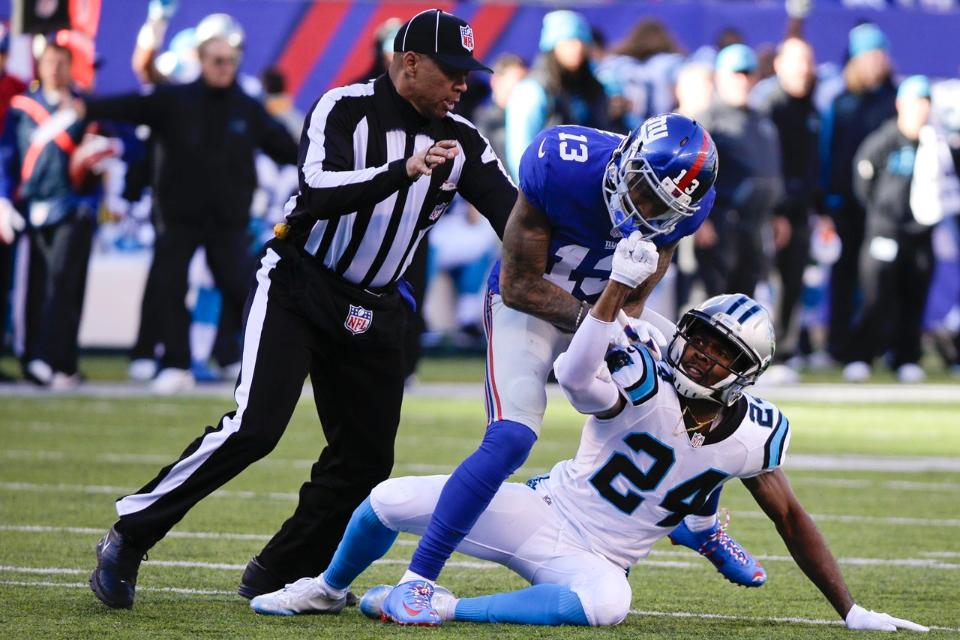 New York Giants wide receiver Odell Beckham Jr. was suspended for one game on Monday for his actions during Sunday’s game against the Panthers in which he drew three personal foul penalties.

Beckham’s appeal will be heard Wednesday by James Thrash, sources told ESPN’s Chris Mortensen. Beckham will attend the hearing at the league’s office, a source said, and a decision is expected quickly after the hearing concludes.

Beckham was flagged three times for personal fouls Sunday, as he grappled with Panthers cornerbacks Josh Norman and Cortland Finnegan throughout the game. The Panthers’ defensive backs were also flagged, but Beckham’s actions seemed more excessive, particularly when he rushed across the field to deliver a helmet-to-helmet hit on Norman at the end of a run play in which neither was involved.

A source with the Giants told ESPN’s Ian O’Connor that Giants players on the field heard Panthers defensive players directing an anti-gay slur and expletives at Beckham before the game, and the source believes that set the confrontational tone for the game.