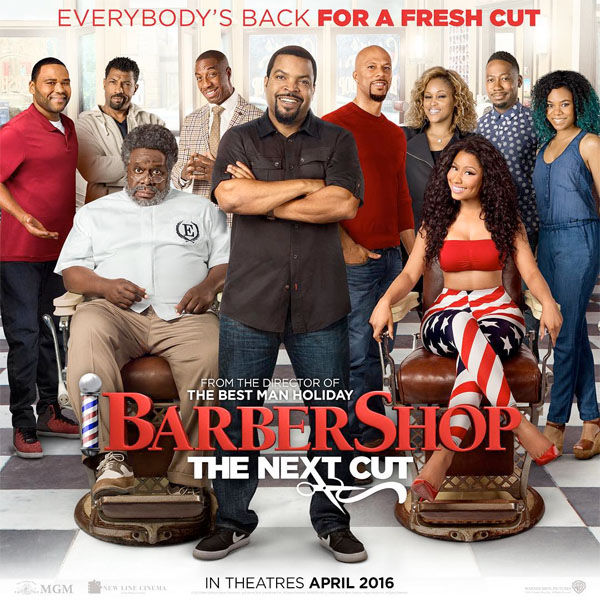 Barbershop 3, titled Barbershop: The Next Cut, will be coming to a theater near you April 15, 2016, twelve years after the sequel hit theaters

This go round, the crew at Calvin’s have to come together

to help save the community in Chicago as the neighborhood grows more dangerous due to gang violence.

Check out the film’s first official trailer below: