On The Field With CK1: Colin Kaepernick 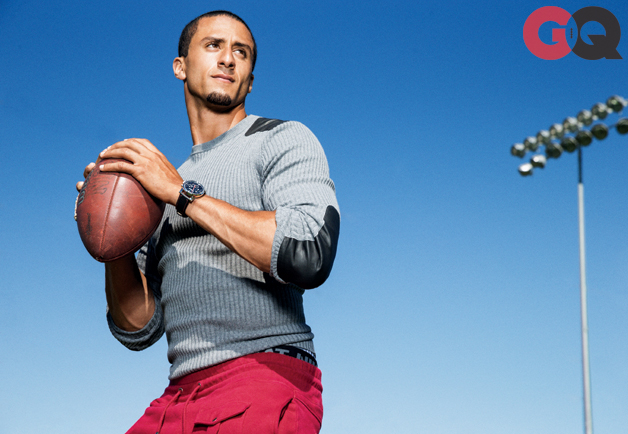 He’s the backup who took his team to the Super Bowl, the football player with the 95-mph fastball, the guy who ran roughshod over defenses last season but was coached in high school to never run the ball at all. In other words, the most unpredictable and least understood elite QB in the league right now.

Colin Kaepernick’s a busy man. The breakout 49ers quarterback and our September cover star takes time out of his preseason schedule to tell us which NFL player he grew up idolizing, the best piece of advice he got after last year’s Super Bowl, and why he has it in for the Seattle Seahawks.