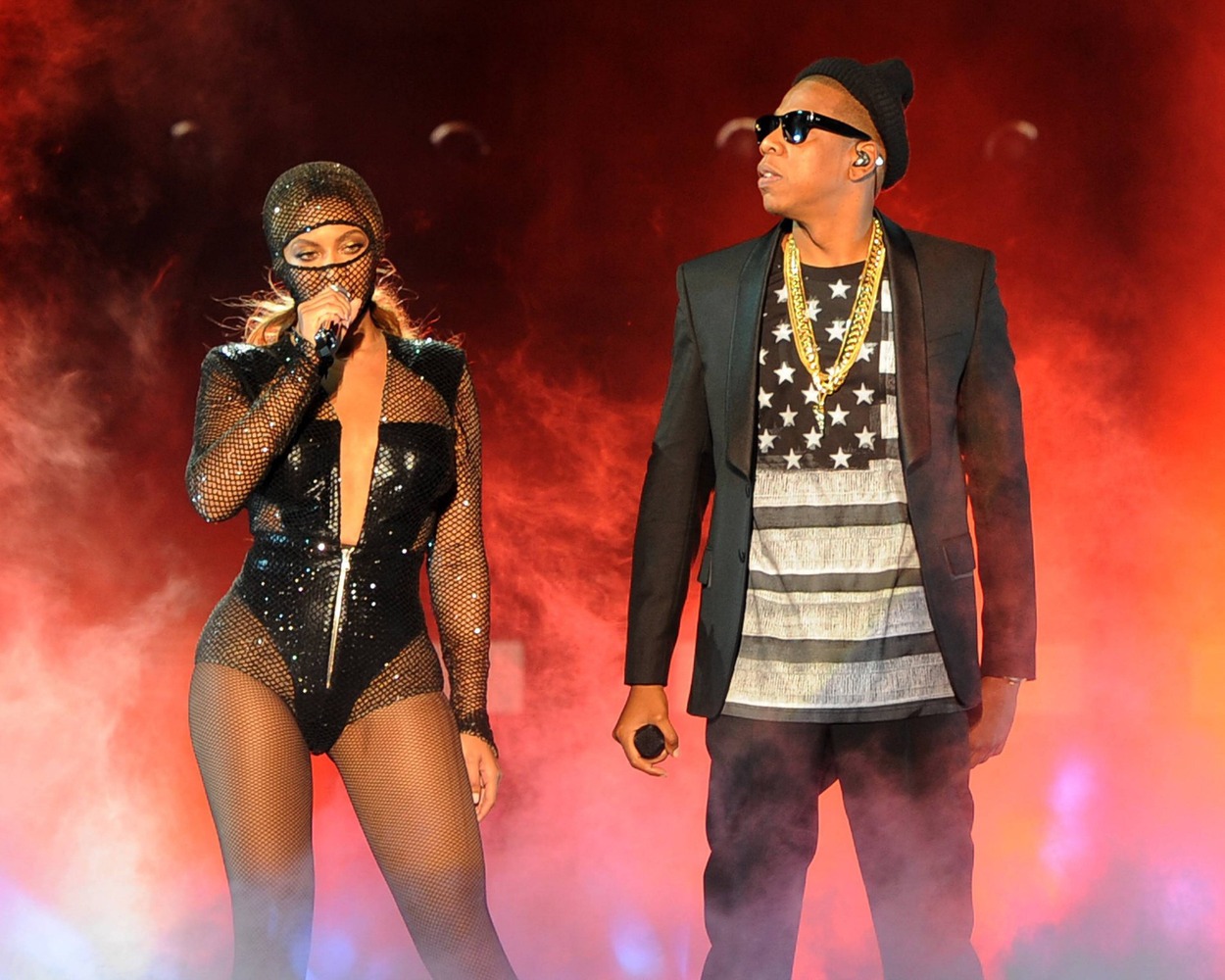 On The Run Tour Review by Jonathan Stroughter

Do you remember that time a few years ago when Lady Gaga and Kanye West announced they were going on a joint tour together? I remember being overwhelmed with excitement thinking I get to see these 2 huge stars come together on one stage and give us an IMPECCABLE show. Well before we could blink our eyes that idea was killed dead. And Lady Gaga said it was because their fan bases were so different. I didn’t understand her then, but I definitely do now.

Ever since The Carter’s exited the stage together this past Sunday night in New Orleans, Louisiana as part of their On The Run Tour , I’ve been reading and seeing constant debates on social media. Some people say it was the best concert they’ve ever seen in their life. Other people think Beyonce out-shined Jay Z and that he is using her to stay relevant. Some people were bored to tears and just under whelmed. My friend, a hardcore Beyonce fan (like most of my friends, and myself) said she would give the concert a solid 5/10. My other friend, said he had been delivered and left his soul at The Mercedes Benz SuperDome.

I’m kind of stuck somewhere in between.

For one, you have to be a fan of both Beyonce and Jay to enjoy this concert. This is NOT Beyonce’s concert. Nor is it Jay’s. Their stage time is equivalent, when it isn’t shared. I think this may have been a lot of people’s biggest problem. A lot of couple’s around us would be dancing and singing to Beyonce, and then sit down when Jay Z came on. Or vice versa. I enjoy both, because I’m a huge fan of both. But I will say Beyonce’s music makes me feel differently then Jay Z’s music. The moment my pulse would begin to quicken, right before you go into that nomadic screaming rage when the The Queen was up there tossing her glorious blonde mane and popping her million dollar coochie, Jay Z would pop out the ground and she would retreat for her next outfit change. Same would happen for Jay Z. That moment you start to get real hype off of “Dirt of ya Shoulders”, Beyonce pops out of no where with some of her shit. And that kept happening. OVer and over. I didn’t know how to feel. SHIT.

The show starts with the words THIS IS NOT REAL LIFE posted on the big screen. And then we are exposed to cinematic greatness. Beyonce and Jay literally On The Run. On their Bonnie and Clyde shit. Robbing banks, shooting guns, the Carters almost having sex…it was everything. You were literally watching a movie. The production was remarkable. They even have real professional actors in the mini film. Hey Blake Lively! And Huck from Scandal!

Now I think people came into the “On The Run” Tour believing that this would be either a Beyonce concert, or a Jay Z concert. Nah. It was literally both. Beyonce nor Jay Z did more then one song without the other coming out next. One song Jay, next song Bey. Which I think hurt them a lot in all honesty. The transitions between a few songs were not very seamless. Like at all. To the point where the set list almost seemed rushed and thrown together. It almost felt like they were just trying to get all their hits in, which i would imagine is difficult for both of them having such large careers. But it could have been better. At one point after Jay killed Tom Ford, it went straight into Run The World….one song kind of has nothing to do with the other, and it was just very awkward. At another time Jay did “Clique”, which was followed by Beyonce’s “Diva”, and that went together quite effortlessly with the combining of the hard beats.

The couple really shined when they performed their songs together, rather then giving each other turns on the stage every other songs. Beyonce took Justin’s place during their rendition of Holy Grail, which was absolutely incredible. Their energy was undeniable and you could tell that they were high off of each other’s stage presence. Also, when they opened the show with Bonnie and Clyde, and followed it with a snippet of Upgrade You. They definitely moved stronger as a unit.

You get a very hefty 42 songs. Many of them were snippets, which was kind of irritating seeing how Beyonce could have definitely cut a lot of the songs we JUST saw her do during The Super Bowl AND The Mrs. Carter Tour. When Beyonce proceeded to do the EXACT same performance of Baby Boy, Run The World, and even the Ring The Alarm airplane dance. Ma am. Retire it. We’ve been seeing the same routine literally since 2005. Especially when you have a brand new album she could have performed more of. She absolutely murdered Flawless. and Partition was jaw dropping. She did mix up Crazy In Love with a vicious twerk session that nearly took my our for the count. I wasn’t ready.

Jigga on the other hand was phenomenal. He could have done more hits, but I think a lot of the songs HOV choose to do went kind of with the theme of the concert. But he definitely had the crowd hype with his songs “99 Problems”, “Izzo”, “Public Service Announcement”, and “Hard Knock Life”. He also did “Song Cry”, which was probably my favorite, and that was followed by his wife’s Resentment. I’m sure you can gather that connection.

The show closed out with “Forever Young”, the screen flashing THIS IS REAL LIFE, and a video diary of the couple from the beginning to now. It was a beautiful emotional moment, delving into their very often private personal life. We saw a naked Beyonce while pregnant with her husband embracing her from behind covering her breasts. We also got wedding footage, which i don’t think we’ve ever seen to this day. Then of course the beautiful baby girl they produced Blue Ivy. It was a very sentimental moment, which could not be completed with Beyonce belting into Halo before finishing. We get it Beyonce. We know you can see their fucking Halo. We’ve been seeing it almost a DECADE.

I personally thought the concert was good. I was thoroughly entertained. I’ve just been more thoroughly entertained at their individual concerts/tours. Even with the awkward transitions and Beyonce repeats, it doesn’t negate the fact that she’s still the best performer and can put on a show like no other. And Jay’s bravado never fails him. They are truly the definition of entertainers.