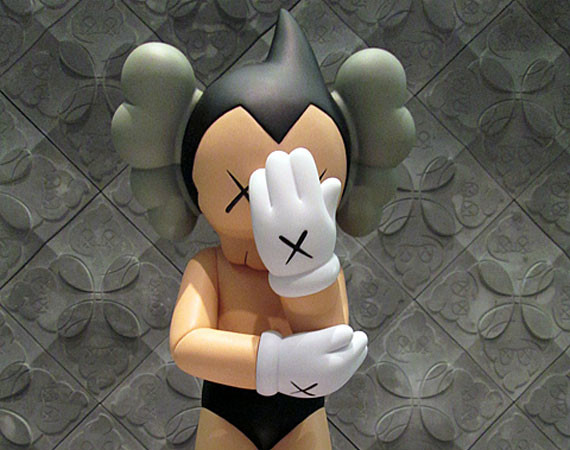 Osamu Tezuka’s Astro Boy has received a stylized makeover at the hands of OriginalFake and KAWS. This vinyl toy version of the manga character is morphed with KAWS’ signature Companion figure, which is itself a sendup of another iconic cartoon character, Mickey Mouse. The resulting design has Astro Boy now fitted with the Companion’s inflated cross bones, plus Xed out eyes and white gloved hands. And as the Companion is wont to do, Astro Boy obscures his face with a cartoon hand. (Presumably in exasperation of the short shorts.) The OriginalFake Astro Boy from KAWS is set to launch through select retailers on October 27th. VIA FRESHNESSMAG