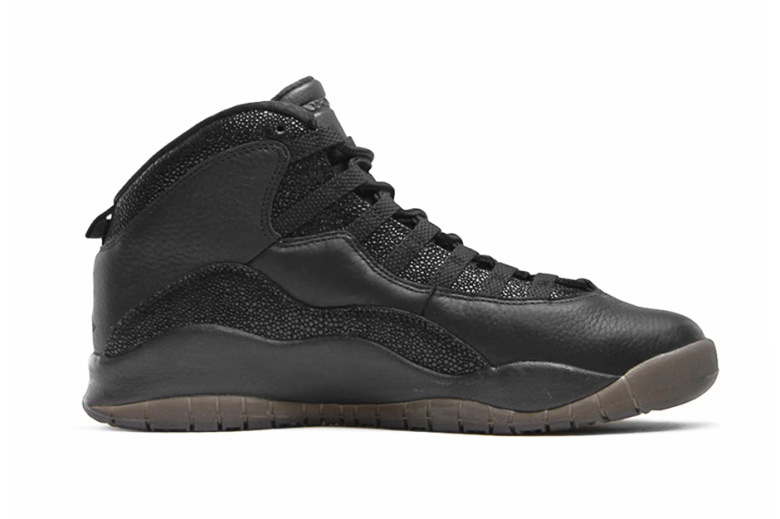 In an unexpected turn of events, the OVO x Air Jordan 10 Retro was recently released at an OVO pop-up store in La Brea, Los Angeles. Produced in both a black and white color option, each iteration of this classic Jordan silhouette were made briefly available for $225 USD each. As an ongoing collaboration between Toronto-born recording artist Drake and Jordan’s athletic department, the OVO x Air Jordan 10 Retro features stingray leather on the upper and mudguard with scotch grain leather panelling along the tongue and outsole’s upper ridge. The shoe has been completed with subtle gold detailing including Drake’s signature ‘OVO’ owl emblem adorning the insole and Jordan’s Jumpman logo on the heel counter. Little information is known in regard to whether or not the shoe will be re-released at any forthcoming OVO pop-up stores, but for now those who were lucky enough to be in La Brea for the recent drop have managed to avoid the chaos that will surely ensue following the shoe’s official release.