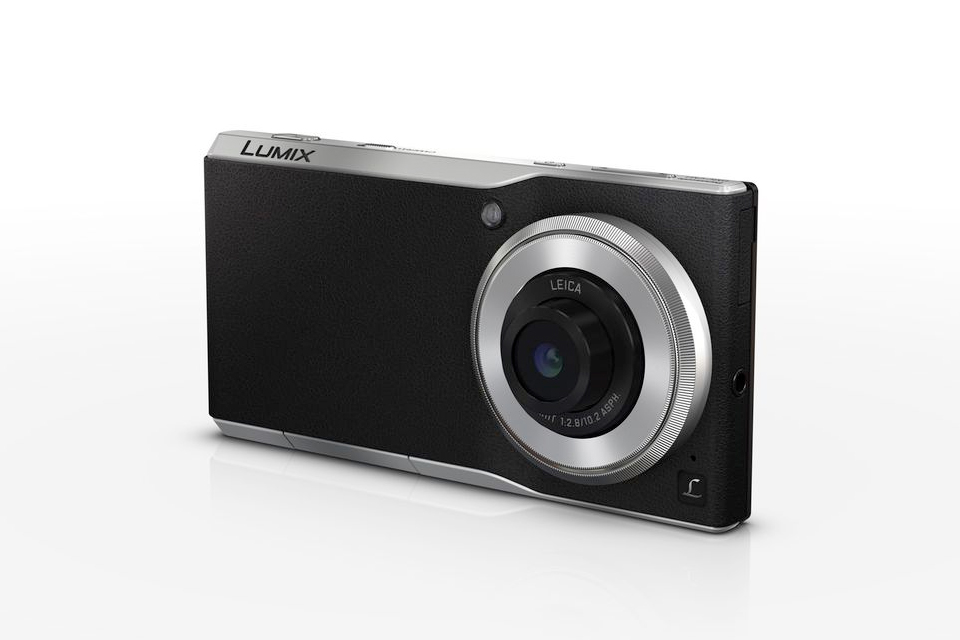 Today at at Photokina in Cologne, Germany, Panasonic announced the Lumix DMC-CM1 smartphone, an Android powered device with the largest sensor of any phone on the market. Measuring in at 1 inch, the 20 megapixel sensor is likely the same as we’ve seen in other high-end compact cameras such as the Sony Cyber-shot RX100 III. The large sensor is coupled with an F2.8 Leica lens that offers an equivalent focal length of 28mm, and also shoots RAW, marking the best camera specification on any smartphone by far. In line with current high-end smartphones, the DMC-CM1 features a 4.7-inch 1080p display, a Qualcomm Snapdragon S801 quad-core processor, 16GB of internal memory, plus room for microSD-cards of up to 128GB capacity. Half camera, half smartphone, the CM1 looks be available starting in November at approximately $1100 USD.