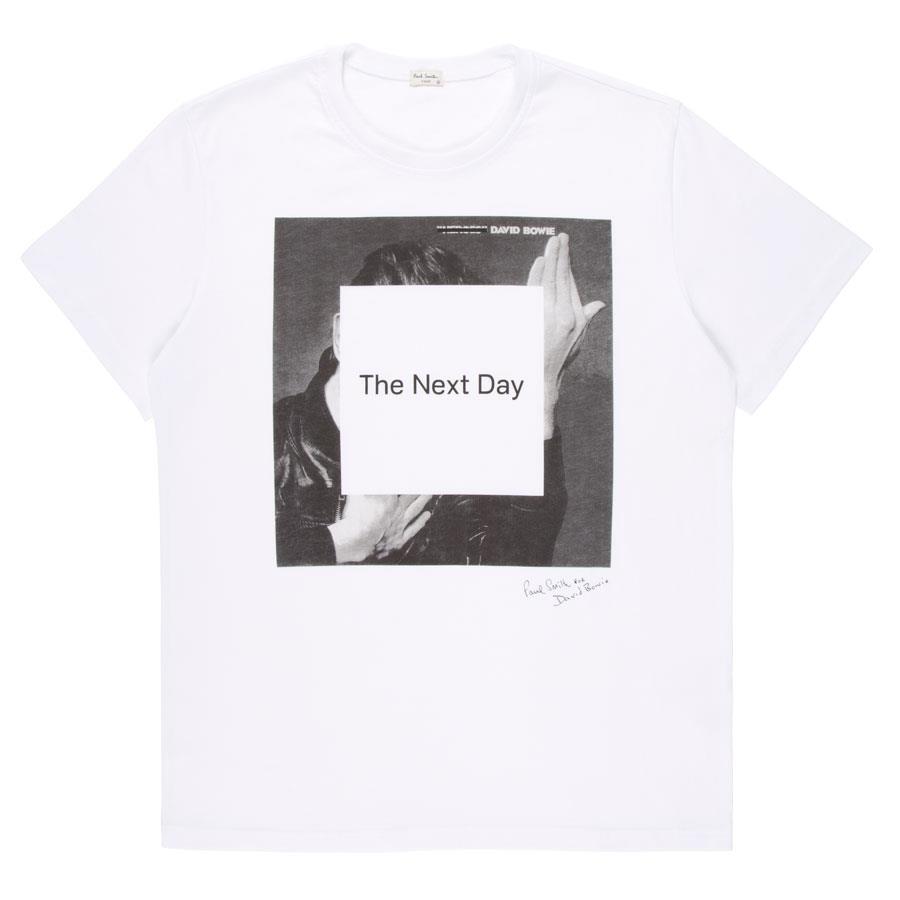 Iconic singer David Bowie and legendary designer Paul Smith have collaborated on a T-shirt to celebrate the release of Bowie’s new abum, ‘The Next Day’.

The cover image features the iconic “Heroes” photo shot by Masayoshi Sukita, with the titled struck through, and a new title, “The Next Day,” pasted over the top.

Two singles have already dropped from the first album for Bowie since his 2003 album, “Reality,” with the video for “The Stars (Are Out Tonight)” featuring some of fashion’s biggest names, including Saskia de Brauw and Tilda Swinton.

“David Bowie has worn a lot of Paul Smith throughout his career and I was excited and delighted when asked if I would do the official T-shirt for his album ‘The Next Day,’” Smith told GQ Magazine.

“there will also be some other great things coming up later in the year,” added the designer. Exciting. The shirt is currently selling online at Paul Smith for €95. Via.luxuo