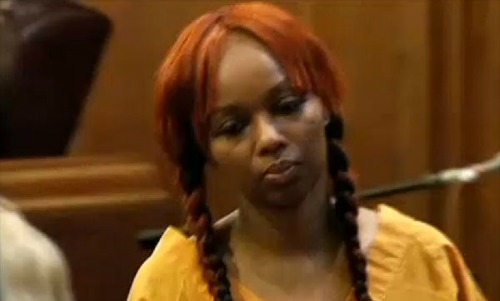 In case you dont remember: Natasha Stewart (Pebblz Da Model) was arrested in January in connection with the homicide in Mississpi. Pebblz, who is known for her 48-in booty butt cheeks was called in for questioning for the death of a Mississippi woman Karima Gordon who had gotten her buttocks injected with concrete by Pebblz.

Check out the video of her court appearance:

Am I the only person that thinks some of this is funny?

This will be an interesting case, I will definitely keep yall posted.

Previous « The Fabric Of Culture: Yeezus
Next Ocho Cinco Gets Released From Jail »