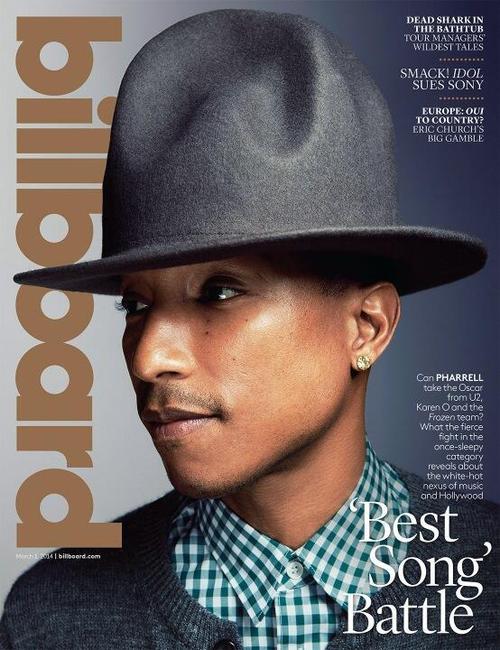 Pharrell Williams sports a grey version of his Grammy hat on the cover of Billboard magazine’s latest issue, out on newsstands now!

The 40-year-old singer recently announced that he would be dropping his upcoming album G I R L on Tuesday, March 3!

“When Columbia Records presented me with the opportunity to make an album, three things came to mind,” Pharrell said in a statement. “One was the sense of overwhelming honor that I felt when I realized that they were interested in partnering with me on the album that I had always dreamt of making. Two, it would have to feel festive and urgent. And three, I instantly knew it would be called G I R L. I hope you like it.”