Pharrell Williams to Guest Star on The Simpsons! 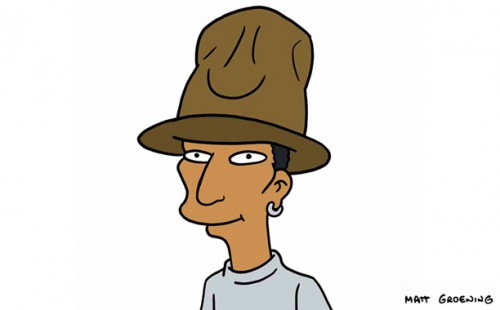 The Simpsons is undeniably one of the best animated TV series there is, since it’s debut in 1989. In their long run, many celebrities have made guest appearances on the show. This list includes Larry King, Ringo Starr, Sting, Barry White, James Brown, Cypress Hill, Serena & Venus Williams, Lebron James and a slew of others.

Well, it looks like Pharrell Williams will soon be added to that list after his scheduled appearance slated for February 8th. The Simpsons episode on that date is titled, “Walking Big & Tall,” and will feature Pharrell in his oh-so-infamous hat.

As far as what the episode will be about, executive producer, Al Jean, states:

Pharrell offers to write a new anthem for the town.