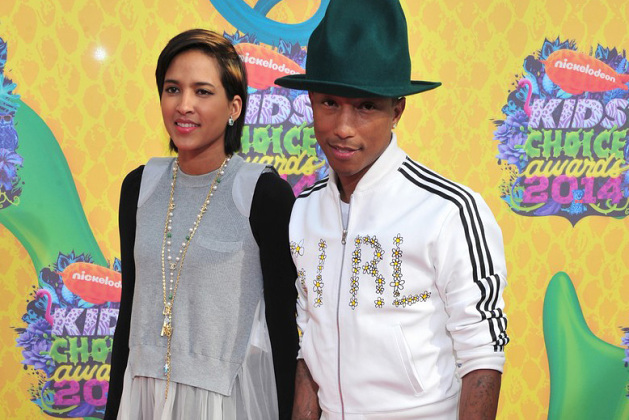 After first rumors and then having seen Pharrell not take off the classic adidas Track Jacket for weeks, the collaboration between the singer and producer and the German sportswear giant has finally been announced last week. First product from this new collaboration is already being launched Summer 2014 and we are of course eager to find out what the two will be putting out. A first hint might be the “Girl” track jacket that we spotted on Pharrell Williams at the 2014 Kids’ Choice Awards by Nickelodeon this weekend. Carrying the name of his new album, “Girl” has been written in a graphic made up of flowers on the chest of the jacket. As we get closer to the release of the collection, we can hopefully show you more.