PHOTO: Rick Ross Is Slimming Down In A Major Way With #RossFit 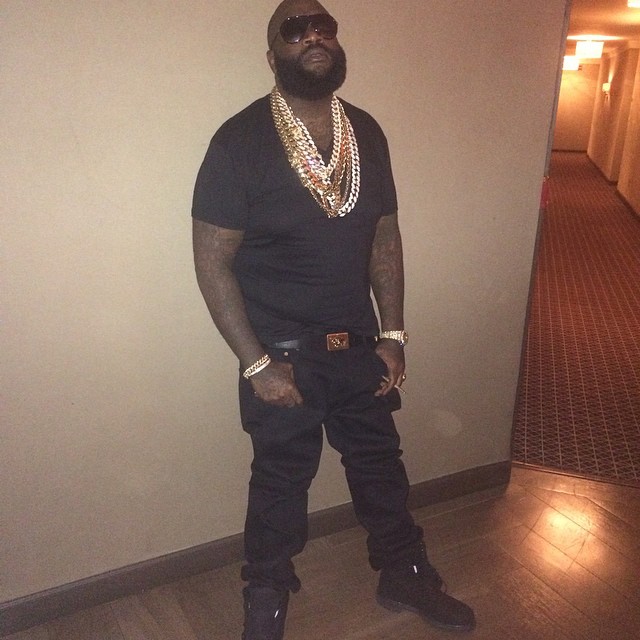 Thanks to his high-intensity CrossFit training program, which he dubbed “RossFit,” he has shed an estimated 100 pounds.

“I just wanted to get in some better shape, put myself in a better position,” he told Tim Westwood in May. “I still eat the way I want to eat…I just go to the gym. I do this shit called CrossFit. I call it ‘RossFit.’”

The MMG mogul has also been laying off the Wingstop. “The most I used to do for exercise was stand up to count the money,” he said. “But now they give me fruit to eat. I forgot what fruit tasted like. I eat pears now and shit like that.”

His fans reacted to his new look on Instagram. “Didn’t even recognize him,” wrote one commenter, while another added, “He is too skinny now, nooo.”

Rozay is getting in shape for his upcoming album release. On November 24, he will drop Hood Billionaire featuring Jay Z, R. Kelly, and Project Pat.