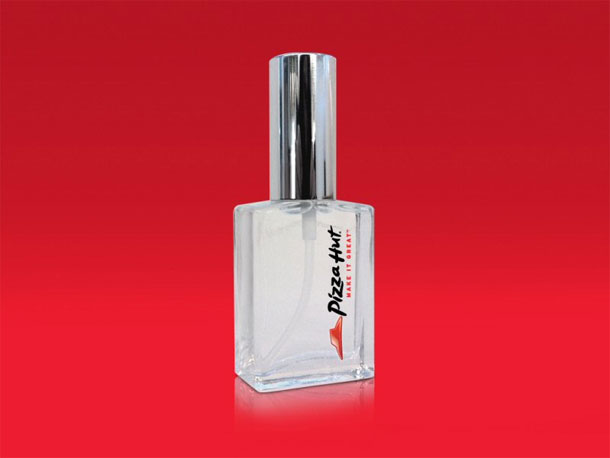 Who wouldn’t want to smell like a pizza? The dough, the spices, the cheese, the greasy cardboard box — all that olfactory delight might be too much for one fast-food comestible to handle. But now you, too, can smell like the inside of a teenage delivery boy’s Honda Civic – if you’re one of the lucky 100 people who are fans of Pizza Hut and also live in Canada.

According to the Globe and Mail, the project started out as a joke by Grip Limited, Pizza Hut Canada’s social media management firm, who asked the chain’s Facebook fans in August to imagine the aroma of a fresh-delivered pie as a perfume — and to name it.

“Do you love the smell of a box of Pizza Hut pizza being opened?” the post read. “We thought so. If that smell was a perfume, what would it be called?” Surprised by the enthusiastic response — fans chimed in with names like ”Grease Lightning,” “Yeast Seduction” and “Eau de Pepperoni” — Grip Limited decided to take the joke a step further by hiring an aromachologist to design a limited-edition scent.

It was, to put it mildly, a challenge. “We did a couple of rounds … trying to get the right smell,” Beverly D’Cruz, marketing director

for Pizza Hut Canada, told the Globe and Mail. “All of them were not fun … You’d think cheese smells nice. Not so.”