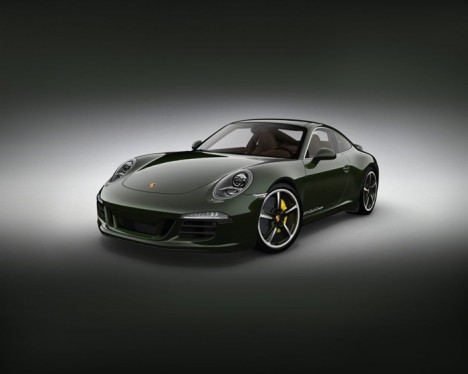 Porsche has announced a special edition 911 Club Coupe to mark the 60th anniversary of the Porsche club scene.

Representative of the 13 original Porsche drivers who founded the world’s first Porsche Clubs in Germany, only 13 units will be built and they will be available exclusively to Porsche Club members.

However, Porsche will keep one of the 911 Club Coupes for itself. Porsche Club members now total more than 181,000 members worldwide.

The Porsche 911 Club Coupe Exclusive Edition will be painted in Brewster Green and it will come with an Espresso interior, finished with glossy script on the doors.

The Sport Design Package will add a new front fascia and a ducktail spoiler for the rear end and the model will be sitting on 20-inch Sport Techno rims.

The limited edition 911 Club Coupe gets a Carrera S Powerkit that gives the ride an extra 30 HP for a total 430 HP giving the car power to accelerate from 0-100 in 4 seconds.