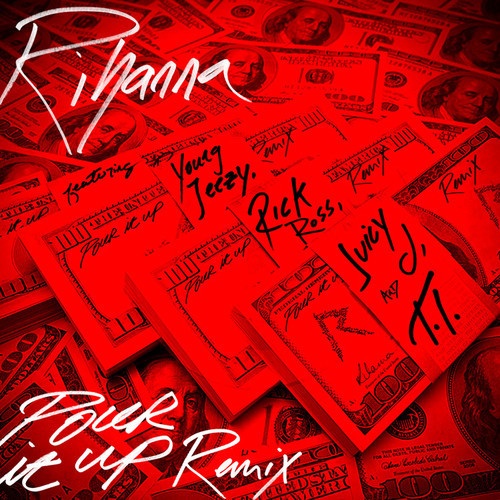 Rihanna lets the boys take over “Pour It Up”. I like the track as it was, but I’m definitely feeling it as a “rap track” with her on the hook.

Check it out and #SpeakOnIt in the comment section.

TMZ  reports when Rih’s 10 tour buses were stopped at the Ambassador Bridge, which separates Winsor, Canada and Detroit, authorities smelled marijuana on the bus so they ensued a full search of all the buses. One passenger had a “small amount” of weed on him so he was given a civil penalty citation. Thankfully Rihanna wasn’t on any of the buses. So next stop for the Diamonds Tour is Detroit and the show will go on!