Prada Yacht On The Sea 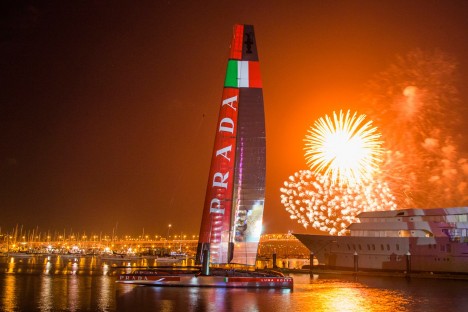 Miuccia Prada and Patrizio Bertelli have invested €40 million, in a new luxury yacht that will compete in the upcoming America’s Cup in San Francisco next year.

The 22 foot maxi catamaran was officially launched in Auckland, New Zealand last month and took 300 workers a total of 52,000 hours to create.

“I feel it’s inappropriate to call it a boat or a yacht, it’s an industrial artefact that happens to sail on the ocean.” said Prada CEO Patrizio Bertelli.