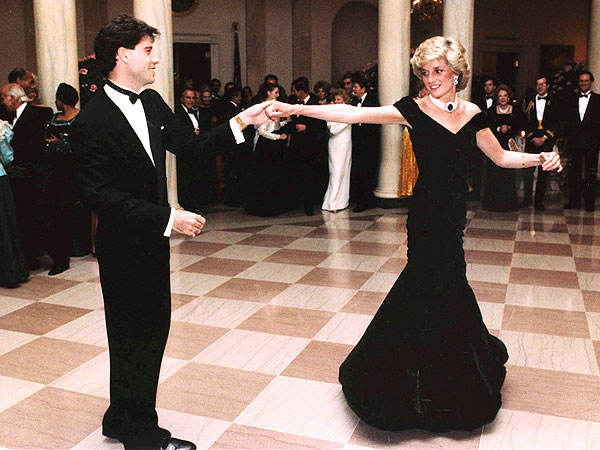 Kate Middelton is known as the royal style icon of this age, but not so long ago, the princess of Whales also known as Princess Di held that title. On Tuesday morning we got a chance to see some of her most iconic looks go on auction at Kerry Taylor Auctions in Bermondsey, South-East London. The late princess’ dress collection sold for $1,303,777.08.

The highest bid went to the navy blue Victor Edelstein dress she danced with John Travolta in. This is the second time her dresses were auctioned off, three months before her death in 1997 she sold some of her dresses at a New York charity auction at Christie’s.