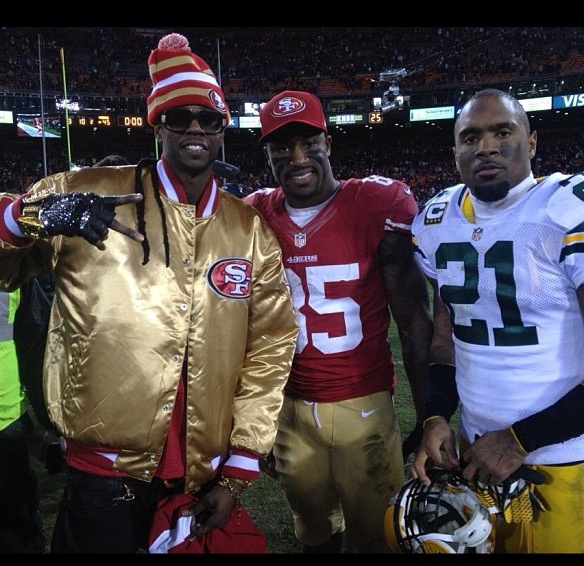 Rapper 2Chainz over the weekend took in the festivities of a San Francisco 49ers Playoff game where they beat the visiting Green Bay Packers 45-31. 2Chainz seem to really be enjoying himself Instagraming out various pictures while at Candlestick park. He wore a 49ers throwback #80 Jerry Rice jersey with a gold 49ers varsity satin Mitchell & Ness jacket and 49ers beanie hat. Once the game was over he was seen on the field chatting it up with various players including interrupting a Micheal Crabtree NFL Network live interview. Yes, we will say 2Cahinz felt real happy for the Niners win.

However The Niners next opponent happens to be the rapper’s home town Atlanta Falcons in the NFC Championship game and he has apparently switched sides tweeting this out..