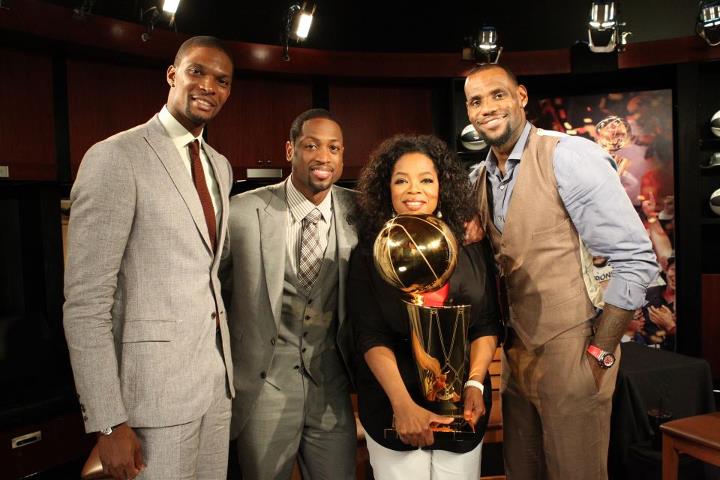 Oprah recently sat down with the 2012 NBA Champions Miami’s Big 3  Lebron James, Dwayne Wade, and Christopher Bosh..She tweeted a snapshot of herself with the dressed-up James, Wade and Bosh…

Oprah then said ..“Hangin with the guys!” she tweeted. “Wore my highest heels and still felt short.”

The interview with the NBA champs, Winfrey said, will be featured in an upcoming Oprah’s Next Chapter this Sunday July 1 8/7c