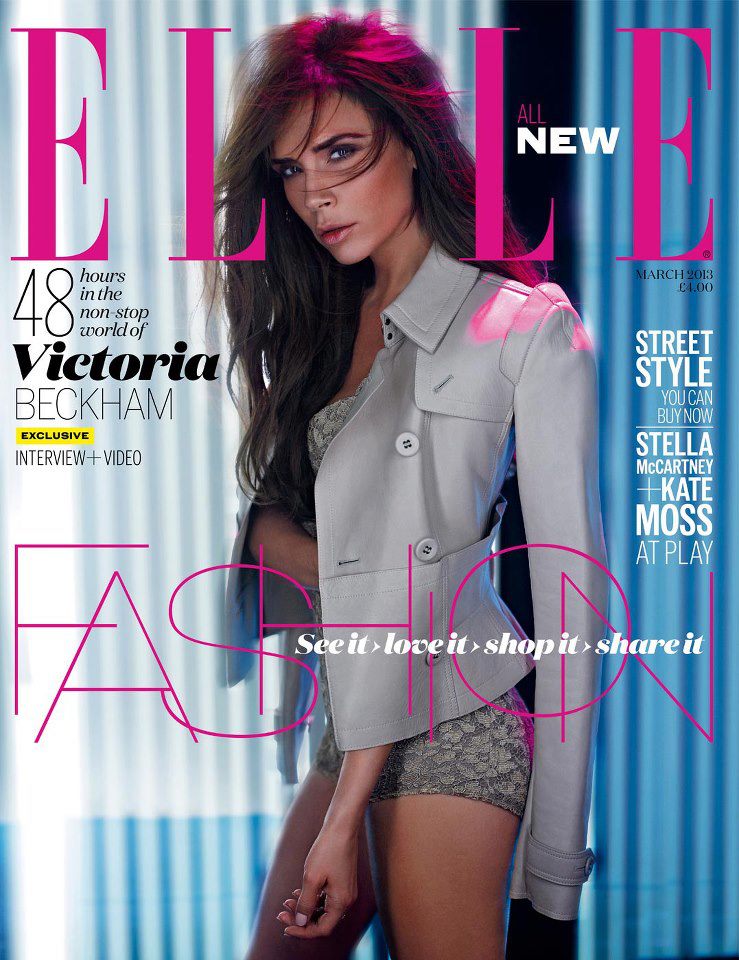 Victoria Beckham shows some leg and her infamous pout face for the March 2012 issue of ELLE UK magazine.

“I don’t have to work, I need to work,” the mother of four (Brooklyn, 13, Romeo, 10, Cruz, seven, and Harper, one) told the magazine in a sweeping interview.

“I’ve never been given anything. But I have a good work ethic. David has an incredible work ethic.