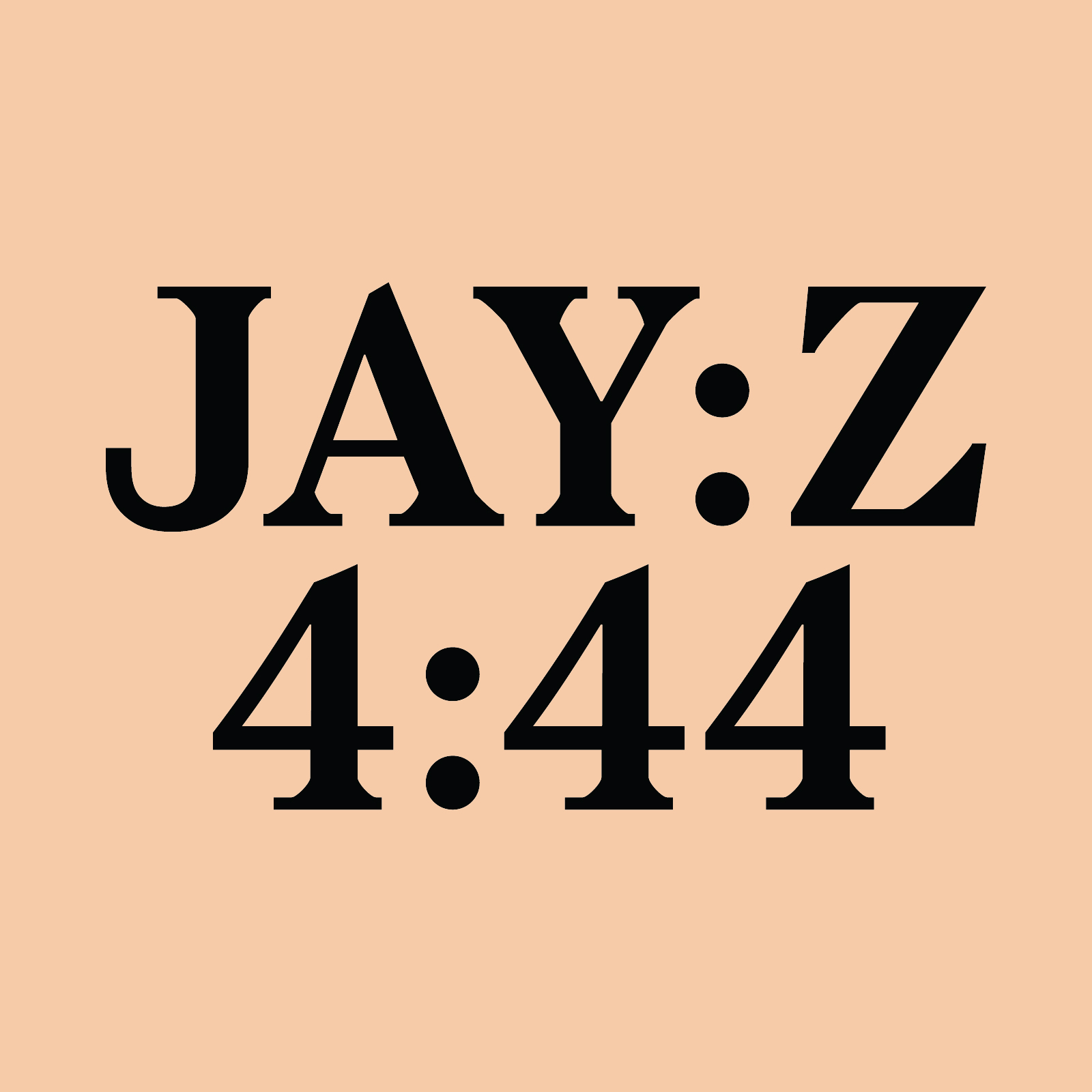 JAY-Z, hustler, entrepreneur, and family man is the master of reinvention.  Using the studio as his lair, on his 13th album Hov  curates a very person 36-minute length record birthed from honesty and vulnerability. Exclusively produced by hip-hop veteran NO I.D., each track is dually a confession and reflection of past sins fueled by infidelity, pride, and crime. At 47, it seems that Hov has opted to forgo boasting about his hefty art collection, European vacations, and his exclusive status as a Black socialite and businessman  amongst the Hollywood Elite. Instead, he serves up 10 tracks that topic the expansion of wealth in minority communities, racial inequality, the importance of family, and pushing the culture toward Black excellence.

Sampling heavyweights like Nina Simone, Stevie Wonder, The Clark Sisters and more, 4:44 is arguably the most soulful we’ve ever seen the Brooklyn native. We hear Hov at his most vulnerable on the title track “4:44” an apology to Beyoncé and confirmation of the emotional discord they’ve experience within their marriage. This was first brought to light on Beyoncé’s canonical album, Lemonade. However, 4:44is much more than a response album, it’s Hov’s rebirth. By the end of “Legacy” we’ve all been submerged in a lyrical baptismal that challenges our perspectives on life, love, and the intrinsic links between family and wealth. Perhaps most importantly, 4:44 forces us to examine our present an future ontological vocation. In the words of Shakespeare, whom Hov cleverly references on “Marcy Me,” “Lord we know who we are, yet we know not what we may be.” Hov urges us to explore the possibilities of our maximum potential.

While some have dubbed the album “too smart,” the general consensus is that 4:44 is right on par with the rapper’s successes and failures in his 20+ year long career. We’ve been waiting on this, and by his own admission this is his transition from JAY-Z to Shawn Carter, socially conscious and . The visuals of “The Story of OJ,” “4:44” and “footnotes of the story of OJ”  are cinematic masterpieces. The latter features Mahershala Ali, Will Smith, Chris Rock, Michael B. Jordan, Trevor Noah, Kendrick Lamar and more as they highlight their personal and professional experiences navigating America as Black men. Whether tackling issues on race, stressing the importance of financial freedom, referencing the art of Kintsugi, or quoting poetry by Rumi, 4:44 is critically necessary to the culture. At a time of political unrest and heightened racial tension, 4:44 is a gift to us all. Respect the Elohim[.]