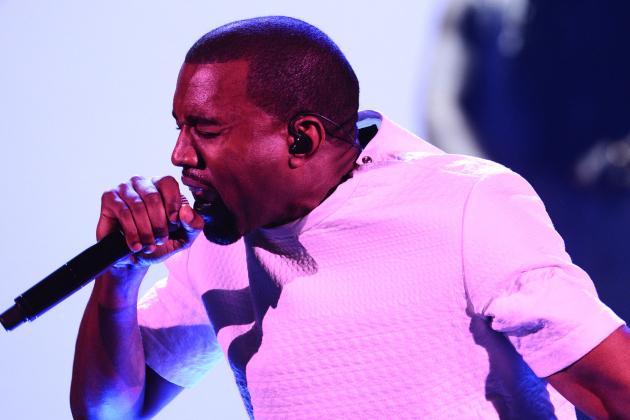 The outspoken MC came under fire for demanding that a kid in a wheelchair stand up and dance at a show on Friday night. On Monday, the rapper responded. And it’s a doozy.
Ladies and gentlemen, Kanye West has responded. In the wake of reports that the outspoken producer/MC/Donda designer singled out a woman with a prosthetic limb and a kid in a wheelchair for not standing up and dancing at one of his concerts in Sydney, Australia, on Friday night, and the ensuing media firestorm, West went on an epic 5-minute rant at his show Monday night blasting the media. The speech, invoking everything from Michael Brown to Ben Affleck, can be read in full (and watched) below:

…It makes you just want to reflect on what are the things that are a little bit more sensationalized than others. I want to take this platform. If I didn’t have this last concert, maybe I would’ve tweeted something or put out a statement with a publicist, but I can talk directly to you—my fans. Because they’ve got this thing where they want the masses—people who’ve never heard my albms—to somehow read a headline that reads negative, and think that I’m a bad person or somethin’. I’m not judging, I’m just going to tell you who I am. I’m a married, Christian man. So, if you take someone that can go from being a rock star across the globe and everything and make the decision to pick one woman and raise a family, anyone here that’s married or that’s in a relationship knows that there’s enough things workin’ against you. I’m not going to make one of them Ben Affleck statements and shit.

But what I’m sayin’ is, you’ve got like 12 years that we put in positive music. How many people ever heard one of my songs on their way to work—they heard it, and it made them feel better? And on those songs that made them feel better, don’t I say offensive shit here and there, like, so wait a second, that’s my brand! I curse and say really offensive… wait a second. That’s why when I did ‘Runaway’ earlier, I said, ‘I sent ya a picture of my dick…’ what did ya think when y’all heard that? That’s not G-rated! This is rap fuckin’ music! This is real expression. This is real artistry. You know, an artist’s career doesn’t happen in one cycle of news—an artist’s career happens in a lifetime. And if you’re a true artist, you’re willing to die for what you believe in.

And I don’t know if you feel like this, or give this feeling after the 10, 11, 12 years, but does it seem like in any way I might be slightly a true artist? So, people on the Today show, I’m not sure I keep up with the news, but if Michael Strahan is still at the Today show—no, Good Morning America, Matt Lauer, the girls on The View—Whoopi Goldberg, Robin Roberts, if y’all run this, take a step back and look at this: I’m a married Chrsitian man with a family. At my concerts, I make sure everybody has as good a time as possible. So all this demonizing me, it it aint’ goin’ to work after a while. Pick a new target. Pick a new target. Because I’m not one of these dumbass artists that you’re used to. You come at me, I’m going to take my platform and break this shit down for real, intelligent people every night. And then, we’ll get back to the music.”