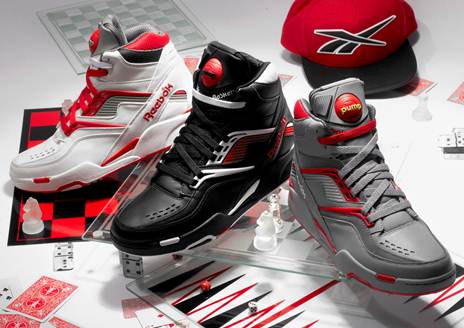 The Reebok Classics “Pump Twilight Zone” is one of the most popular Pump basketball shoes of all time, made famous by the “Human Highlight Film” Dominique Wilkins. One of the best dunkers in NBA History, Dominique and Reebok Classics have teamed up to bring back this legendary 90′s model in a limited way. This is a follow-up to the successful re-release of the white/neon yellow colorway of the Pump Twilight Zone earlier this year in August where Dominique made a special appearance to promote the launch alongside Allen Iverson, Swizz, Rick Ross and Tyga at the Project Trade Show in Las Vegas.