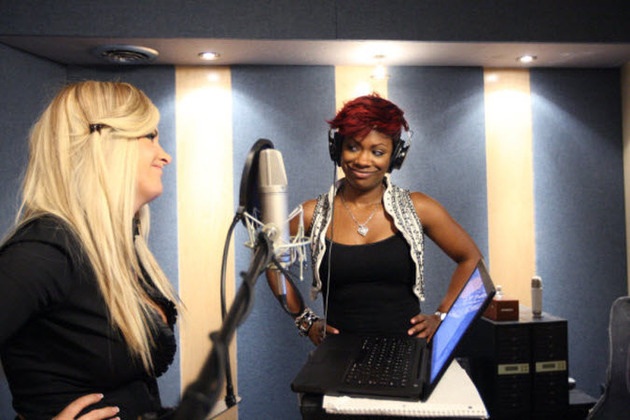 While both Kandi and Kim Zolciak are gearing up for the new seasons of their own spin-off shows on Bravo, Kandi has finally decided to file a law suit for “Tardy For The Party“. What took her so long geez!

Both ladies swill definitely be on the RHOA reunion, they’re filming this week. Kim has already jumped on twitter to say something about the suit:

People will do anything for publicity! So funny yet so sad!

And her daughter Brielle got in on the beef as she tweeted:

Kandi doesn’t need the publicity Kim, you should be lucky she’s keeping you relevant. And Brielle should have 100 seats and stay out of grown folks business.
Previous « Yahoo Wireless Festival | Artist Line Up Announced (Jay-Z, Justin Timberlake & More)
Next Lil Kim Goes off on Wendy Williams Via Twitter [VIDEO] »