RHOA Season 6 Trailer + “Tardy For The Party” Lawsuit Is Settled 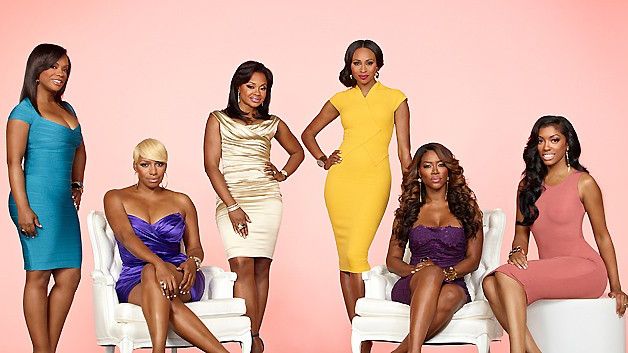 Let me go ahead and give y’all a disclaimer about what you are about to witness in this trailer for season 6 of The Real Housewives of Atlanta.

The ladies take a group trip to a haunted house, we see Kandi Burruss’ mom accusing her fiancé Todd of cheating, while Apollo Nida and Phaedra Parks are beginning to have some issues in their marriage (might be because of Ms. Kenya Moore).

The trailer also hints at Peter Thomas’ Bar One possibly going into foreclosure and arguments about money with Cynthia Bailey.  Nene Leakes may not be that very rich bitch now that “The New Normal” has been cancelled and Glee has been pushed back which made her move back to Atlanta and  she a;so has a major fight with Porsha Stewart whom she accuses of being a bad friend. Also, Porsha makes an unexpected trip to the hospital. Kordell Stewart shows up in the trailer and apparently he still wants to keep tabs on Porsha.

Scandalous is an understatement for this season. I can NOT wait until Nov 3. I will be front and center!

Catch the season premier of RHOA on November 3rd and watch the supertrailer here.

BONUS: If you can recall, Kandi Buruss was suiting Kim Zolciak for the royalties of “Tardy For the Party”. Well, the judge ruled in favor of KIM due to a technicality. (*mouth dropped* I know). Guess who was Kandi’s lawyer, yep, Ms. Phaedra Parks. All I can say is that maybe Phaedra needs to go back to school, refresh herself, and re-take the bar because this is not the first time we have seen her drop the ball in the court room.