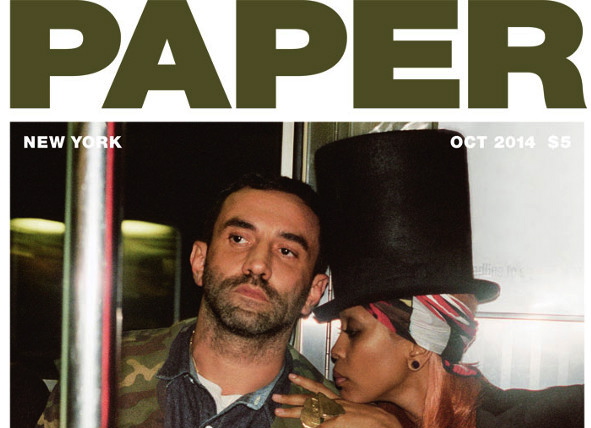 Erykah Badu is one of those rare artists whose image and sound precede her name. Case in point: you can sense her vibrant bohemian aesthetic in Givenchy’s radical Spring 2014 campaign even before hearing that she styled it or seeing the ads in which she costars. Since the release of her 1997 neo-soul debut, Baduizm, the South Dallas-bred chanteuse has not only crafted an unforgettable image; she’s proven that she has both style and substance.

Last year, Givenchy head Riccardo Tisci rang Badu up to ask if she’d be the face of his Afro-Japanese spring collection. Badu, who credits Tisci with “finishing my musical sentences visually with his designs,” obliged — and from the sensual draping to the splashy textiles, her influence was stamped all over the line. Swapping her signature Nefertiti headwrap for a top hat, Badu happily modeled and styled the multicultural collection, whose ads make a welcome statement in fashion with their racially diverse lineup. We phoned Badu at her Dallas home to talk about working with Tisci (as well as photographers Mert and Marcus, with whom she also worked on Tom Ford’s White Patchouli fragrance), why Rihanna excites her and the secret to being a lifelong nonconformist.