Rick Ross Is MTV’s Hottest MC In The Game 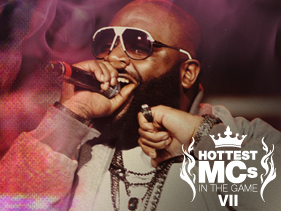 After all the debates by the MTV “braintrust,” as well as plenty of commentary online, Rick Ross has been named MTV’s Hottest MC in the Game.  The final two MCs came down to Rozay and Drake, with the Maybach Music Boss edging out the Young Money rapper, and crooner, for the top spot.

Coming in third was Kanye West, thanks to his work on Watch The Throne, followed by Nicki Minaj.