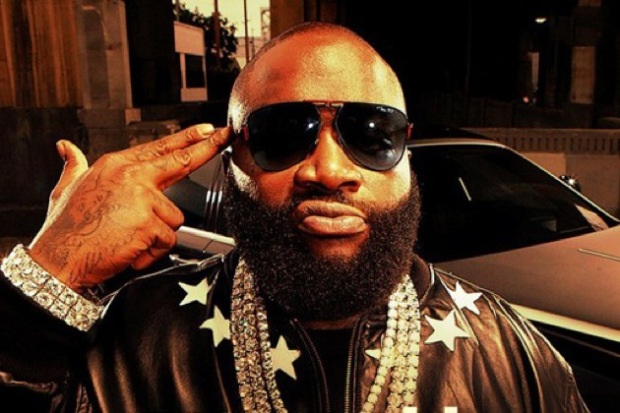 Rick Ross is likely counting his blessings after reportedly being the target of a drive-by shootingin Fort Lauderdale, Florida early Monday morning.

Fort Lauderdale Police confirmed to The Huffington Post that William Roberts, Ross’s real name, was a passenger in a Rolls Royce that crashed into an apartment building off busy Los Olas Avenue around 5 a.m.

Ross reportedly crashed his Rolls after dozens of shots were fired at the vehicle. No one was injured and no arrests have been made. Rick Ross had reportedly been celebrating his birthday at the nearby Floridian restaurant earlier in the evening. The restaurant was also struck with several bullets. Witnesses claim to have heard at least 15 shots.

Yesterday, Ross’ Twitter feed was full of birthday wishes. The Miami rapper reportedly remained on the scene inside the restaurant to talk to investigators.

As we previously reported, just a couple of months ago Rick Ross received death threats from members of the Gangster Disciples in North Carolina. Although the MMG rapper cancelled a portion of his tour, Ross insisted it was due to a suspect promoter and not because of the death threats.

This story is developing.