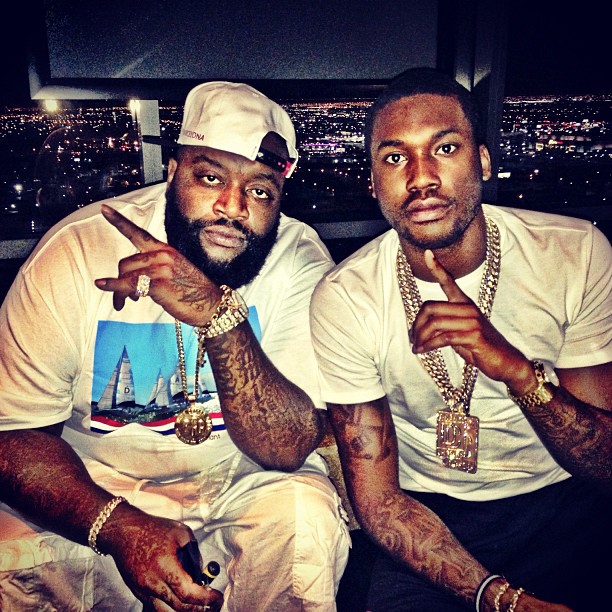 Meek Mill was sent to jail yesterday for violating his probation. The rapper faces serving 3 to 6 months in prison for multiple violations. The District Attorney is claiming Meek changed his phone number without telling them, scheduled events without prior permission, as well as posting a picture while holding a gun. The jail time comes just days following the announcement that Dreams Worth More Than Money will be released on September 9th. MMG Boss, Rick Ross, spoke to MTV about Meek’s arrest as well as the release of the album.

I created MMG years ago, my desire was to create a space where the most talented artists in the world could be nutured and supported. With that came a commitment. I vowed to support these artist, through the good and the bad. Every individual signed to MMG is not just an artist, they are my family. And with family you ride, or you die. Yesterday, my brother, Meek Mill ran into some unfortunate legal issues. It happens. However, his team, our team, will continue to execute Meek’s plans as close to schedule as possible.

On the release of DWMTM,

His album is coming. We ask that the fans and the media continue to support him and his music during this time. He’ll be home soon. Dreams Are Worth More Than Money, and family is worth more than Everything. MMG FOR LIFE.