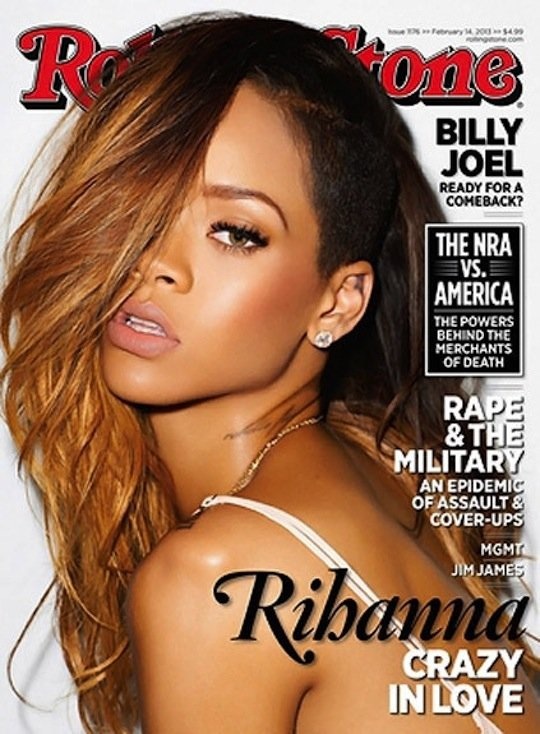 Rihanna is the cover girl for the February 2013 issue of Rolling Stone magazine. The Grammy-winning pop phenom looks sexier than ever in the Terry Richardson-shot spread. And she’s being more open and unapologetic than ever in her cover story, as she discusses her controversial reunion with her ex-boyfriend, Chris Brown.

“I decided it was more important for me to be happy,” she she told the mag. “I wasn’t going to let anybody’s opinion get in the way of that. Even if it’s a mistake, it’s mymistake. After being tormented for so many years, being angry and dark, I’d rather just live my truth and take the backlash. I can handle it.”

@badgalriri says she knows people have opinions about the reconciliation, but she’s confident that Brown, who she says she loves for his “fantastic heart,” “giving and loving” spirit, and ability to always make her laugh, has changed. “Of course everybody has their opinion about him, because of what he’s done,” she said. “That will always be there. But he made a mistake, and he’s paid his dues. He’s paid so much. And I know that’s not a place he would ever want to go back to. And sometimes people need support and encouragement, instead of ridicule and criticism and bashing.”

Crazy in love she may seem — RS even titled the cover story “Crazy In Love” — RiRi promises if there are any signs of trouble, she’ll dart. But she’s sure they’ll never go back to that dark place.

“If he gives me that again, here’s what I give him: nothing,” she said. “I just walk away. He doesn’t have that luxury of f*cking up again. That’s just not an option. I can’t say that nothing else will go wrong. But I’m pretty solid in knowing that he’s disgusted by that. And I wouldn’t have gone this far if I ever thought that was a possibility.”

The new issue of Rolling Stone hits newsstands on January 31.