Rihanna in Married To The MOB’s “Supreme Bitch” Snapback Cap 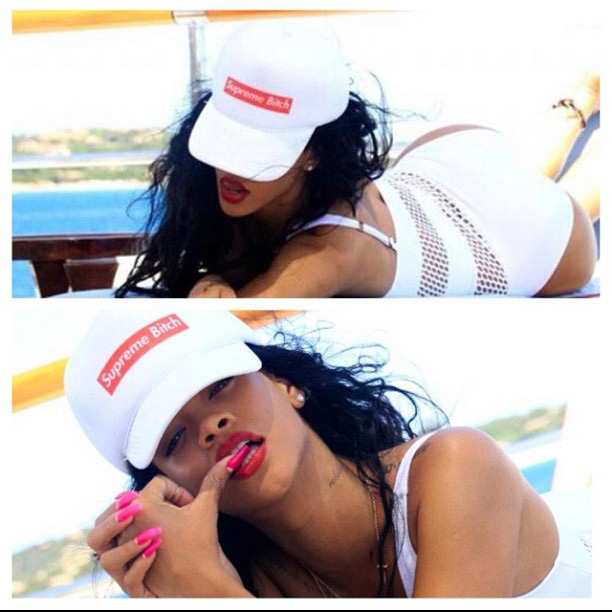 In the early days New York brand Married To The MOB made quite a name for itself, when releasing the “Supreme Bitch” graphic t-shirt. Using the Supreme box logo look and fonts, the perfect t-shirt for the Supreme fan girlfriend was born at the time. Some of you might remember it.

Now the brand has released the official “Supreme Bitch” box logo snapback caps in several colors. None other than Rihanna picked one up and was wearing it recently, while relaxing an afternoon on a yacht.