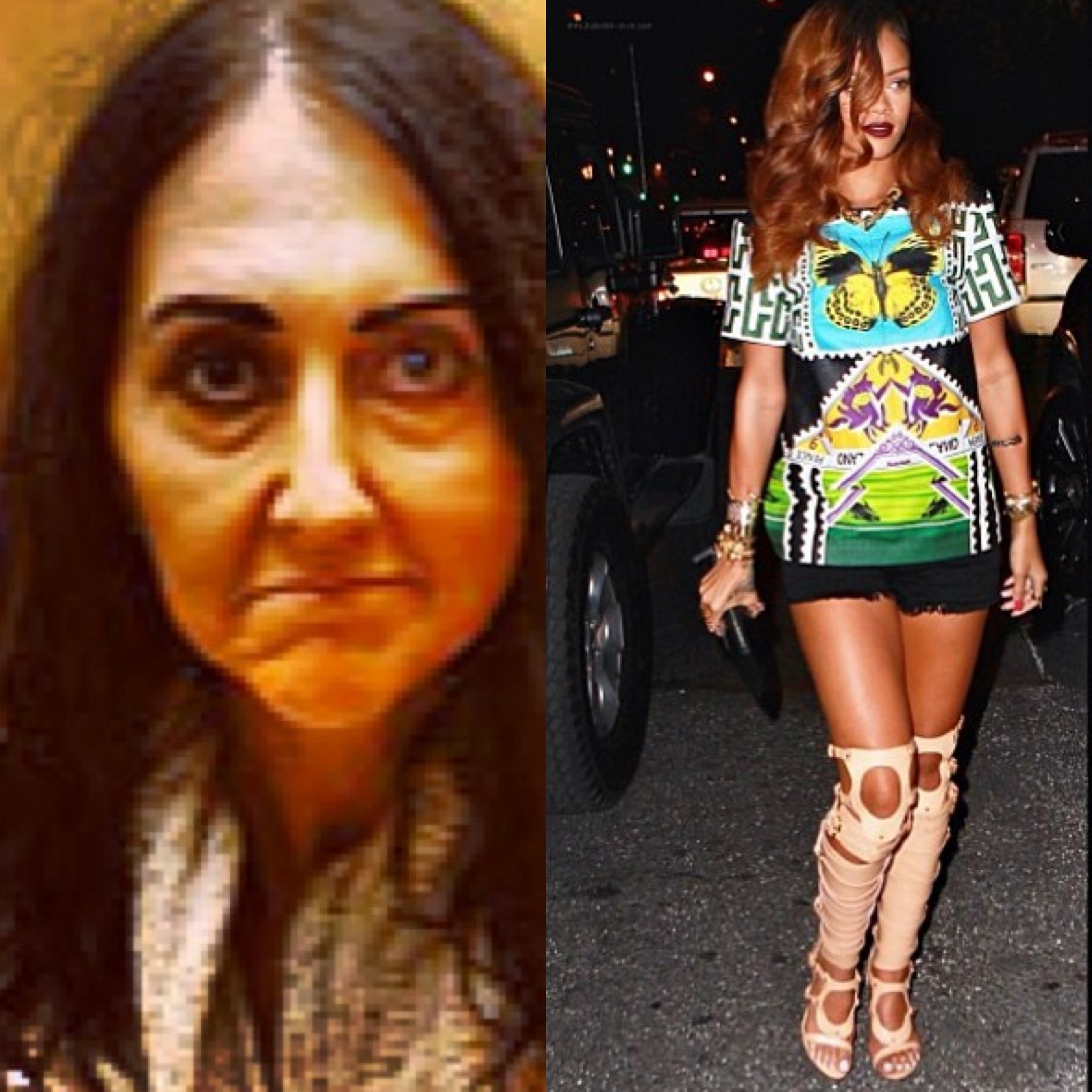 So here’s what happened…Yesterday, Elizabeth released an article with the lengthy title, “Pop’s  Poisonous Princess: Glorying in drugs, guns and sleaze, Rihanna’s toxic role  model for her army of young fans.”  Throughout the piece (which she used mostly pictures), she talked about the few times that she’s met Rihanna and her  disgust with the weed-smoking, boob-exposing pop star that she’s turned into over the last few years.    She also states that Rihanna has major  influence, however, she’s become a horrible role model for the young girls that  follow her.

“I wish she’d stop infecting our High Streets with her gun tattoos, her false  nails and fake hair, her bogus bad-ass shenanigans that try to portray her as ‘real’, as ‘street’, as her own person, as strong and  single-minded.”

Elizabeth also hits on the topic of Rihanna deciding to  run back to Chris by posting a photo of her beaten face, side-by-side with a  photo of her cuddled up with Chris last year.

After the beating from boyfriend Chris  Brown (left) in February 2009 she had an opportunity to be a poster girl  for young women escaping abusive relationships. But here she is again (right) with Brown last Christmas, all seemingly  forgiven

This morning, Rihanna (who’s currently in the U.K) had a chance to read the article, and decided to repond via IG:

LOL!!!! My money got a bad habit of  pissing people off!! If you sincerely wanna help little girls more than  their own parents do, here’s a toxic tip: don’t be  amateur with your articles, you sound bitter! What’s all this about hair and  nails and costumes and tattoos?? ….That  sh-t ain’t clever!!! That sh-t ain’t journalism! That’s a sad sloppy menopausal  mess!!! Nobody over here acts like they’re perfect! I don’t pretend that I’m  like you, i just live… My life!! And I don’t know why y’all still act so  surprised by any of it!! “Role Model” is not a position or title that I have  ever campaigned for, so chill wit dat! I got my own f-cked up sh-t to work on,  I’ll never portray that as perfect, but for right now it’s ME!! Call it what ya  want!! Toxic was cute, Poisonous Pop Princess had a nice ring to it, just a lil  wordy! And P.S. my first American Vogue cover was in 2011…APRIL!!!  #ElizabethAnnJones

Elizabeth may have raised some valid points in her article, but  there are ways a person can go about expressing their opinion of how someone lives their life. You can read the full article here!

Some of the photo captions she used below: