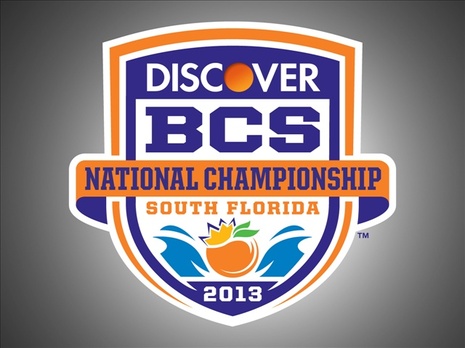 The Fighting Irish and Crimson Tide have had incredible years this season. Both have winning traditions from the past but only one has had success in the present. Alabama has been a mainstay in the BCS era since the arrival of Nick Saban in 2007. Bama under Saban’s tenure has been to three SEC Championship games, losing one to Florida, and two National Championships. Saban’s current Junior QB led him to a victory in last year’s National Championship game and hopes he can do the same on Monday

A.J. McCarron has had a career that already will forever be linked to Tide greatness. Monday night he has a chance to stand alone in Bama history and legend. McCarron has played in so many big games during his career, the defending National Champion signal caller keeps a simplistic outlook about these type of match ups. A.J. said,”Yeah, you’re playing for a national championship, but it’s another football game. You know, the field is still 53 yards wide, 100 yards long. Still got to put the ball in the end zone to win the game.” McCarron should feel confident with his approach, that has him with season marks like 26 TDs and a passer rating of 173.1 while only tossing 3 picks. Giving the success he has already experienced coupled with his supporting cast no wonder the leader of the Crimson Tide is just ready to play.

He won’t be the only Bama player on offense that the Irish will have to slow down. Eddie Lacy and T.J. Yeldon have both rush for over a 1000 yards while combining for 27 TDs. McCarron, Lacy, and Yeldon give the Tide the best backfield in the country. Protected by All-American Center Barrett Jones, the trio helped Bama score 38.5 points a game. The Tide also have an outstanding Freshman Wide Out in Amari Cooper. Cooper leads Bama in catches(53), yards(895) and receiving TDs(9) and is making a homecoming having prepped at Miami Northwestern High School.

The Irish defense may have their hands full, but could present some problems to Bama’s offense. Notre Dame’s defensive unit is lead by Heisman Trophy runner-up Manti Te’o. The Senior linebacker had seven picks and 103 tackles. Manti was the heart and soul of the Irish defense this year but he’s not the only big time player on that side of the ball. The Fighting Irish front seven is a big reason why they are #1. Stephon Tuitt had 12 sacks, Prince Shembo added 7 1/2 sacks, and Kapron Lewis-Moore contributed six sacks. DT Louis Nix III only played in 4 games this year but maybe the key to a win on Jan 7. With Tuitt and Louis Nix manning the middle of the line, the Irish was 6th in yards with 288.1 yards and led the country only allowing 10.3 points per game. Coach Kelly needs his defense to hold up is his offense is going to have a chance to bring the Irish faithful their first Championship in 24 years.

Notre Dame’s hopes and dreams of a storybook ending to a fairy tale season rest in the hands of Redshirt Freshman QB Everett Golson. Golson has had his fair share of ups and downs but to his credit his ups always seem to be when the Irish need him most. Best example is when the Irish were down 20-6 to Pitt at home on Nov. 3 heading into the 4th. Everett threw 2 TD passes in the final quarter to force OT. Then in overtime he ran for the winning score. That’s Golson in the flesh. He maybe the reason that the offense sometimes sputters but he’s what makes that offense go. He also completes his own trio of special runners having Theo Riddick and Cierre Wood at his disposal. The three have helped the Golden Domers run game gain 202.5 yards a game this year. Notre Dame simply wants to run down their opponents throats and work play action passes off the ground game. That’s easier said than done against the group they face on Monday night.

The Alabama defense may not stack up to last year’s defense but who does? This Tide defense by all means is no slouch. In fact, many would say they’re better than Notre Dame’s bunch. The Tide’s defense picked up 34 sacks and got 28 turnovers. Bama is #1 & 2 in the country giving up only 246 yards and 10.7 points a game. The Crimson Tide may not have the household names like usual but they still pack that Saban punch.

“Coach (Nick) Saban has put together the program that all (teams) want to model after,” was one of Notre Dame Coach Brian Kelly’s remarks when asked about his Championship opponent. It would be wise to mimic his counterpart but that may not help in Miami. Kelly has been successful everywhere he has been head coach but Monday could take him to another stratosphere. He would be the 6th Irish Coach to win a National Championship and 5th to win one in his 3rd year as a head coach.

S-E-C is going to keep it rolling on Monday with another title heading to it’s Champion, making that 7 in a row for the conference. The Crimson Tide have too much firepower on offense for Notre Dame to stop all night. SR. TE Tyler Eifert will help the Irish keep it close in the 1st half but too much Bama defense and Bama run game bring the Golden Domers back to earth. Tide Roll in the 2nd half. Beware of the Elephant!

Viewing Note: Which ever program wins on Monday, will lead the nation in AP National Champioships at 9.