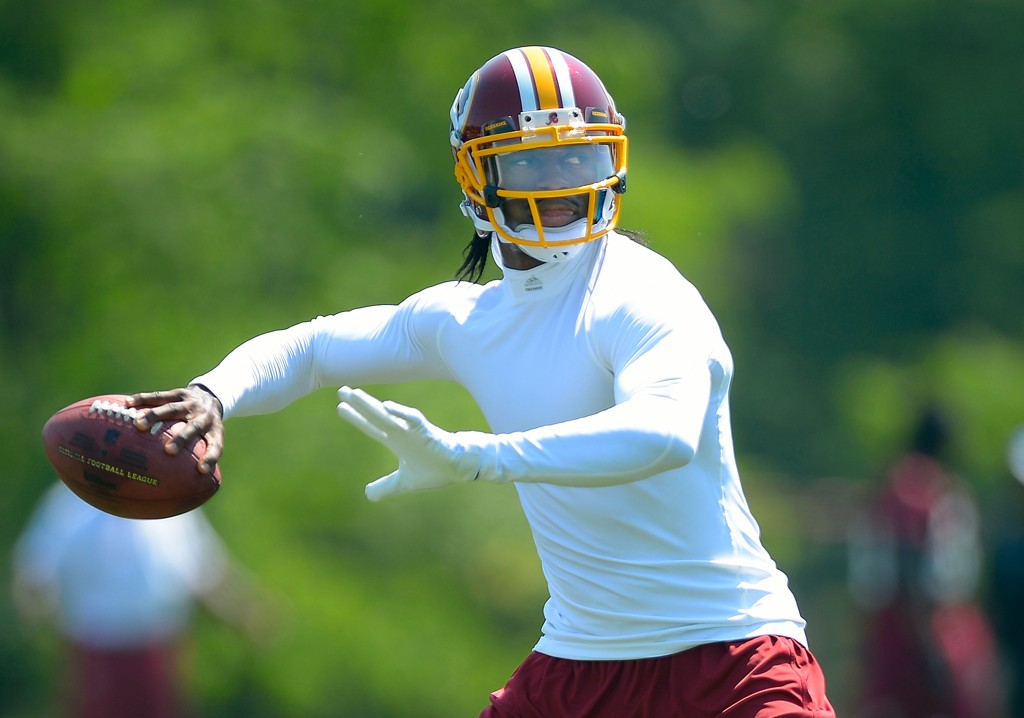 After an outstanding rookie season, Washington Redskins quarterback Robert Griffin III is hoping that brighter days are ahead for the franchise. Despite suffering a serious knee injury in the playoffs, many are expecting him to still be a productive fantasy football player and leader of a franchise. Can Griffin live up to the pressure?

The former Baylor star is a Heisman Trophy winner and former #2 overall pick thanks to his ability to be a dual-threat quarterback. Not only does he have a strong, accurate arm to find receivers downfield, but he also possesses world-class speed. His speed appears to be back after the injury, but the Redskins have already hinted at possibly limiting his running. It makes sense, since one more wrong hit could seriously jeopardize the youngster’s career.

Alfred Morris exploded onto the scene last year for the Redskins as well, turning in a superb rookie season at running back. Thanks to his play, he is considered a top 10 fantasy football running back heading into the season. He impacts Griffin’s individual numbers, since a reliable running back will mean that a mobile quarterback won’t be as necessary.

As good as Griffin was as a rookie, he should be a smarter passer in 2013. There were times in which he was careless with the ball, leading to the offense stalling out at just the wrong time. He was able to get out of some messes with his legs, but working hard for a few extra yards might be a thing of the pass for him.

Expect his passing numbers to improve, but his running numbers to go down. Overall, his fantasy value and numbers across the board might be slightly down, but the Redskins could improve. If Washington can get back into the playoffs, Griffin will without a doubt consider 2013 a successful return to the NFL.